Importantly, unlike the pieces, a pawn may never go backwards…no retreating for the working infantry! Also, a pawn may only advance vertically on the same file if the square immediately in front of the pawn is empty (not occupied by a pawn or piece of either player). The terms advance and advancing therefore are used for pawns to denote the restriction of the pawns not being able to go backward; although, advancing is obviously moving the pawn.

After its first advance, a pawn may only further advance vertically on its file one square at a time provided it is empty. If any pawn or piece of either player is located on the square immediately ahead of a pawn on the same file, then the pawn cannot be advanced vertically straight ahead because it is blocked.

In the above diagram, you may readily see one power of a pawn – to block the vertical advance on an opposing pawn on its own file, as White did to Black’s pawn at e6 by advancing White’s pawn from e4 to e6.For a player to block an opposing pawn from advancing further vertically on its own file, he or she must maneuver one of his or her pieces or pawns to land on the square in front of the advancing opposing pawn (either through a move or advance, or a move and capture, or advance and capture), or have the other player block his or her own pawn with doubled pawns (two pawns for the same player in the same file). A tactic that may be employed to block the vertical advance of a pawn straight ahead is for a player to offer a pawn capture situation to the opposing player whereby an opposing pawn will land in the file creating doubled pawns if the opposing player engages in a pawn capture of the player’s piece or pawn. Doubling of either the player’s or the opposing player’s pawns on a single file one in front of the other, severely restricts the rear pawn from advancing and opens the pawn’s original file. An open file means the player has no pawn in that file. A saying in the chess world is that “open files are killers” and a player with one or more open files more often than not likely will lose the game! Open files provide avenues for the Rooks to become active and mobile.

The pawn advance by White as shown above also created a passed pawn, which is covered in Section II. Black’s second move of advancing the d7 pawn to d5, and White’s third move of advancing the e4 pawn to e5, also created what are known as pawn chains (two or more of a player’s pawns connected diagonally in a line), and White’s pawn advances created a central pawn chain (one located in the center of the board). White’s pawn chain also is a pawn couple (two of a player’s pawns connected), and an isolated pawn couple because they are not currently connected with any other of the player’s pawns in files to the right and left of the files in which the pawn couple is located). Further, White’s pawn chain also is a pawn island (group of connected pawns, which are not also connected with another pawn or any other pawn group(s)).

A pawn may only advance diagonally when capturing an opposing piece or pawn. That is to say, a pawn may capture an opposing piece (except the King) or a pawn only when it is located on a square one rank ahead either in a file to the right or to the left of the file in which the pawn is located. The pawn may not advance and may not capture by advancing diagonally when it is absolutely pinned, whether on either its home square or any other square.The term pawn structure refers to the positioning of a player’s pawns on the board. In determining the strength or weakness of a player’s pawn structure, one takes into consideration what advances and captures he or she made with the pawns, and what defensive, attacking, trapping, capturing, and blocking has been created or the possibilities which have been created by the player against the opposing player. There are many elemental components to a player’s pawn structure. Some key elemental themes in creating pawn structure are:

Maintaining a pawn center is a huge responsibility, requiring constant vigilance to prevent it from being broken by the opposing player. The corollary principle is that the opposing player should and usually will seek to apply constant pressure and attacks against the pawn center to break it. The battle for control of the center of the board usually comes down to which player (if either one is able to do so) is be able to seize control quickly and set up a formidable, well-guarded pawn center. White has the initial advantage because White opens the game with the initiative due to White moving first. Many of the most common openings for Black concentrate on forcing play in the center of the board to break White’s initiative and seize control of the center of the board for Black.

1.    A hole occurs when a player has an open square on either his or her third or fourth rank (ranks 3 and 4 for White, ranks 5 and 6 for Black), which cannot be defended by another of the player’s pawns. A hole is a permanent defect in the player’s side of the board, usually constituting a serious breach of the player’s defensive capabilities and represents a positional inferiority. Holes provide the opposing player squares upon the board to which he or she may move his or her pieces and or advance pawns to gain space for the opposing player, gain significant tactical advantage for attack by the opposing player, for restricting the player’s ability to develop his or her pieces and attacks, and restricting or even completely thwarting the player’s ability to develop defensive positions. Holes created at or near the center of the board are especially to be avoided if at all possible, as they can be crippling and even game deciding positional weaknesses. The dangerous, pernicious nature of holes cannot be understated.2.    A pawn capture by a player always results in an open file for the player making the advance and capture with a pawn, except when he or she has doubled pawns in the file from which the pawn used to capture is advanced. Also, a player should not do a pawn trade (or exchange) unless he or she will gain something from doing so (such as developing a more advantageous pawn structure, opening a file for his or her Rooks to become active, etc.). A player should try to keep as many pawns as possible for as long as possible through the opening and middlegame phases. When pawns face off against each other diagonally where each could capture the other, this creates pawn tension, and following the above principle usually it is best to let the tension linger on the board and not engage in a pawn trade or exchange. In fact, through moving pieces and advancing pawns it may be that the pawn tension will evaporate by itself with the face-off becoming an advantage to one of the players.

A doubled pawn opens the file from which the double pawn came for the activity by the player’s Rooks.
,br> If centrally located, doubled pawns provide the ability to cover critical squares that would not be possible if they were not doubled. Therefore, it is best if possible for a player to double pawns toward the center of the board instead of toward the wings (sides) of the board.

Doubled pawns are generally despised because they often can turn out to be inflexible with the pawn in front acting as a blockade of the pawn to the rear and worse, very weak from a positional structure.

Therefore, to defend the lead pawn will take either at least a piece (potentially limiting its offensive capability), or a pawn in the opposite adjacent file (from which the doubled pawn came) and which is one square behind the lead pawn so that a pawn chain is formed by the lead pawn and the defending pawn.

4.    Tripled pawns are three pawns aligned vertically in a file and generally have no redeeming value. They are very weakly connected pawns, represent a significant disadvantage, and create great disruption in a player’s pawn structure. Unless a player can adequately defend and protect them (which is very difficult as a rule), at a minimum the forward two pawns are subject to being attacked and captured. If an opposing player can get a blockade in front of the forward most pawn, this will block three of the player’s fighting forces from having any real effectiveness. It is akin to simply losing them to capture. If a player does not have some form of compensation for tripled pawns (superior positional structure, significant material advantage, an attack, mating net, or extremely active pieces), his or her game most likely will take a deep downward turn from which it is very hard to recover.

5.    Passed pawn: a pawn which gets vertically past an opposing pawn in an adjacent file or both opposing pawns in the two adjacent files to the file in which the pawn is located. Most often a past pawn is considered very advantageous to have especially in an endgame, but it can also have detrimental drawbacks because of a player having to devote one or more pieces to defend and protect it. If a passed pawn can get past a player’s fifth rank (the opposing player’s fourth rank), the player will be able to create significant panic for the opposing player as a general rule.

What does White consider for tactical and strategic purposes?

What does Black consider for tactical and strategy purposes? Black obviously needs to create pressure on White’s pawns to open up exploitation opportunities:

Now let’s examine c3 and d4. What does Black consider for tactical and strategy purposes?

What does White consider for tactical and strategy purposes? Either:

7.    Pawn islands: is a group of pawns which are separated from another pawn group or other pawn groups of the player’s pawns on the board. Pawn islands can be pawn couples, pawn chains, hanging pawns, and tripled pawns. The player with less pawn islands generally is evaluated as having better pawn structure. That makes sense because connected pawns provide means of blocking holes and providing defense and protection.

8.    Backward pawn: is a pawn which has fallen behind other pawns of the same player in adjacent files, so that it no longer may be defended by another pawn of the same player. Backward pawns may be vulnerable to being exploited through bring attacked and captured by the opposing player. In analyzing whether a backward pawn is weak and thus a point of potential attack and capture for exploitation purposes by the opponent, consider the following:

9.    An isolated pawn is one in a file that is not connected with any other pawns of the same player in adjacent files, and also usually is a backward pawn. In the opening and middle game phases an isolated pawn often is viewed as being a detrimental weakness. An isolated pawn can be exploited by:

An isolated pawn may have significant advantages:

10.    A pawn storm is when a player begins to rapidly push his pawns toward the opposing player’s back rank with an eye toward pushing at least one of the pawns to a safe pawn promotion. A player who begins a pawn storm has to ensure his pawns and pieces are situated (positional structure) adequately to enable at least one pawn to safely reach the goal of pawn promotion…falling short can have often dire consequences to the player whose pawn storm fizzles out because of inadequacies.

From a children’s book first published in 1974: 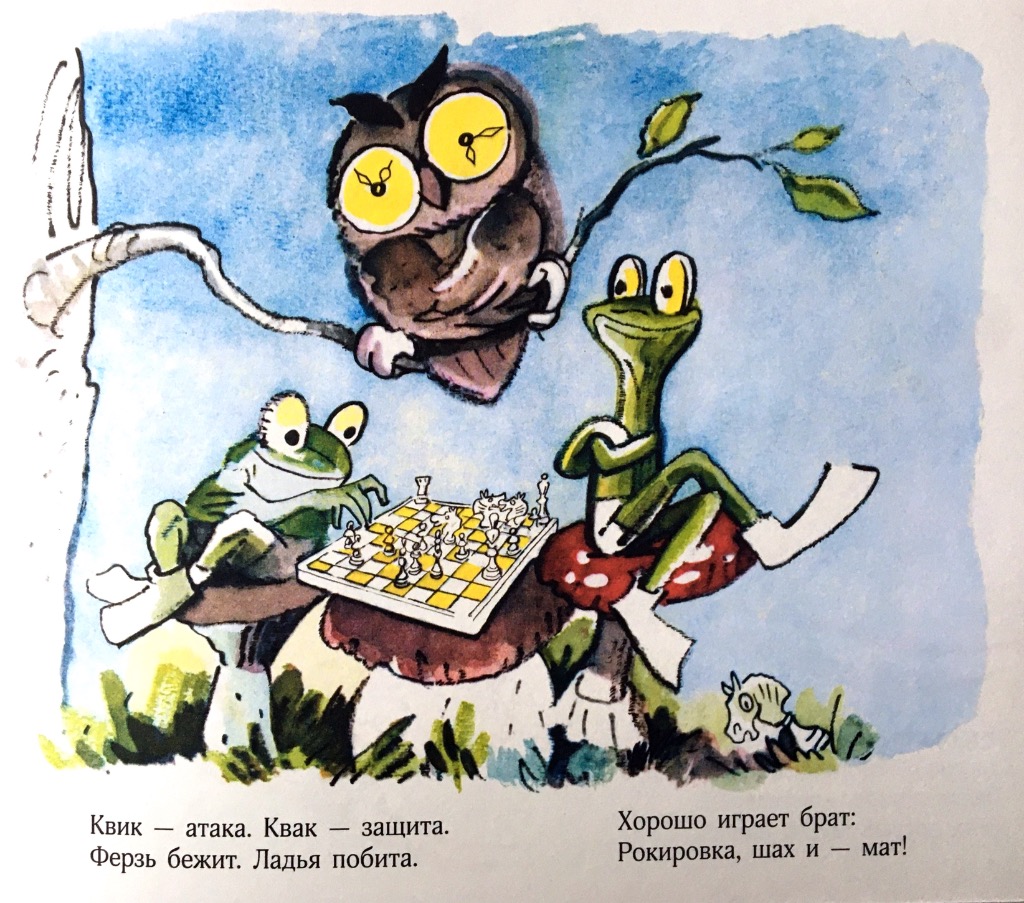 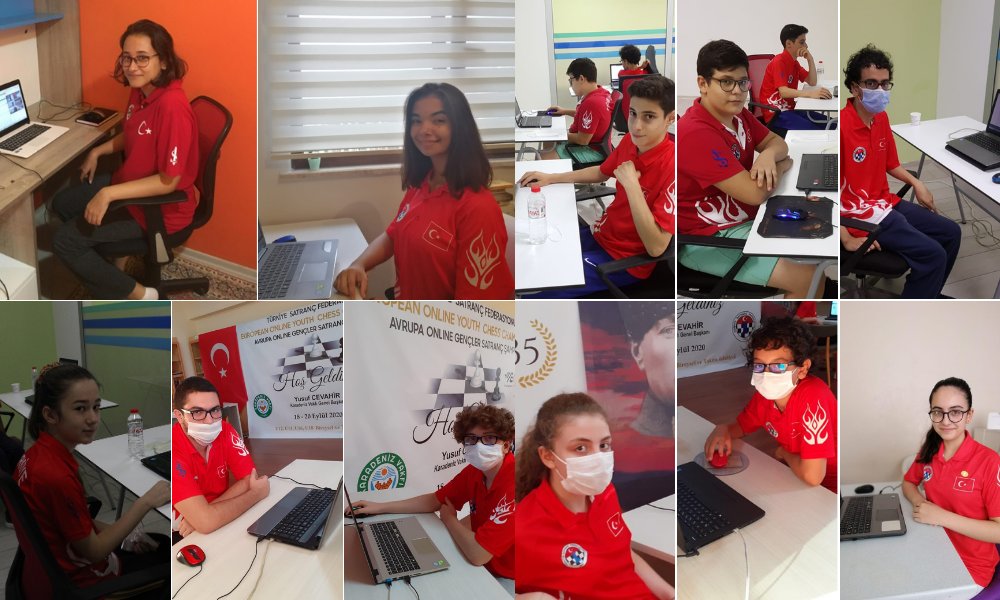