A pawn chain consists of two or more of a player’s pawns connected (lined up diagonally), where a rear pawn is protecting a vertically forward pawn one rank forward and in the file to the left or right of the rear pawn. The chain may be the simplest form – a two-pawn chain – or increase in size to three-pawn chains and four-pawn chains. A five-pawn chain is less frequently encountered in chess games. Imagine my surprise at coming across a six-pawn chain from an actual game (shown in the third diagram below).

Diagram PC-1 below shows the simple two-pawn chains established for both White and Black in the standard French Defense after Black’s second move consisting of advancing his or her pawn at d7 to d5, and White replying on his or her third move by advancing his or her pawn at e4 to e5 (as noted earlier this also creates a passed pawn for White). Diagram PC-2 shows the standard French Defense after four moves – Black concentrating early attack against the base of White’s pawn chain by Black’s pawn advance on Black’s third move (c5) followed by Black’s Queen Knight move on Black’s fourth move (Nc6).

A forward connected pawn chain is where there are two more connected pawn chains with a single pawn on a forward square and the chains lined up behind it on the diagonals forming a “V-shape” vertically upwards toward Black’s home rank for White, and forming a “V-shape” vertically downwards toward White’s home rank for Black. This is usually the more powerful of the two types.

♔ The 10 best #chess moves of all time countdown continues!

♔ 6: With a queen and rook hanging, Bura makes a brilliant queen sacrifice to win the game, Qh8+! 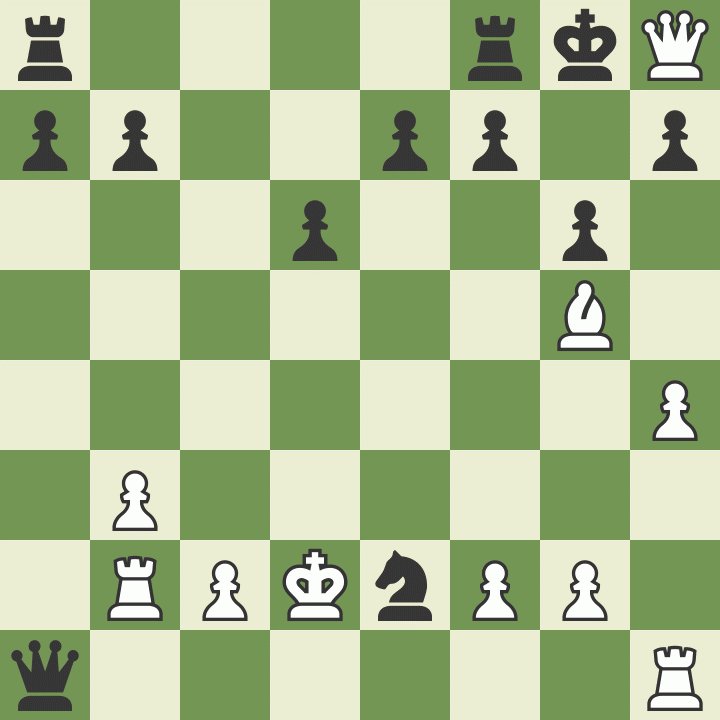