There is one and only one important optional exception to the basic rule for advancing and capturing with a pawn. There is a special pawn capture advance called en passant (basically, capturing in passing). This optional pawn capture only involves the capture of a pawn by a pawn. [En passant sometimes is noted simply as “en” or “en.” in chess notation]

Either player may do an en passant capture with any of his or her pawns. A player made do this optional capture only:

A.    En passant capture by Black against White therefore may only occur if the White player advances – with an initial two-square advance – any of his or her pawns from its home square to a square in the fourth rank in the same file and Black has a pawn on an adjacent square in the fourth rank in a file either to the left or right of the file upon which the pawn has been advanced.

B.    Similarly, White may only engage in en passant capture against Black if the Black player advances – with an initial two-square advance – any of his or her pawns from its home square to the fifth rank and White has a pawn on the fifth rank which is in a file either to the left or right of the file upon which the pawn has been advanced.

That covers when and where an en passant capture may occur, but how is it accomplished? If a player makes such a two-square advance during the game, the opposing player optionally may capture en passant the pawn which has been advanced two squares by advancing his or her adjacent pawn diagonally to the square immediately behind and in the same file as the pawn which was advanced two squares, and removing the advanced pawn from the chessboard. The capture thus involves advancing the pawn to capture as if it had done so normally on the square upon which the advanced pawn would have been captured if it had been advanced only one square. For White, this means moving his or her pawn to the appropriate square in the sixth rank, and for Black moving the pawn to the appropriate square in the third rank.

En passant capture example is diagrammed below. Consider the standard French Defense after 4 moves, and on the fifth move White moves his King’s Bishop to d3 and Black then advances the f7 pawn two spaces to f5 (f5), bypassing White’s pawn at e5. White now optionally may do an en passant capture of Black’s pawn at f5 by placing his or her pawn at e5 onto the f6 square, and removing White’s pawn at f5 from the chessboard. In chess notation, en passant capture is shown as if the capture had been made on the square it would have occurred if the pawn had not been advanced two squares. The algebraic chess notation for the en passant capture would be exf6, although you also may see it noted with “en” or “en.” either within or without parentheses: exf6en or exf6(en), or exf6en. or exf6(en.), and sometimes spelled out, e.g. exf6 en passant. The algebraic chess notations for arriving at the position shown in en passant diagrams below (the initial board position shown is after Black’s fifth move consisting of two-square pawn advance to f5) are:

In the two-column table format:

Anything else? White loses control of the center to Black, but Black’s Kingside has been seriously weakened making a Kingside castle much less protecting for Black’s King. A hole is created at the important central square, e5, for Black (in Black’s fourth rank), who has no pawns available to protect and defend the square unless Black does a pawn capture with his g7 pawn. Black’s Queen Knight at c6 is providing some defense and protection for the e5 square against White moving his King Knight from f3 to e5. However, White could choose to move the King Knight to e5, because it would be protected by White’s pawn at d4. If White did so, Black could choose then to move and capture White’s King Knight at e5 with his or her Queen Knight at c6, offering it up to White for a trade (exchange)of Knights. This would then give White the opportunity to put a pawn into the hole at the important central square, e5, via a pawn capture with White’s pawn at d4:

If White did seize control of e5 in the above line, Black could safely move his or her pawn at d5 to d4 taking control (temporarily) of that central square, because White blocked White’s Queen from defending and protecting the pawn at d4 by White’s move of the King Bishop to d3. This is temporary because White could move White’s King Bishop to b5 checking Black’s King, and after the King either moved or Black blocked the check with Black’s Queen Bishop by moving it to d7 and White traded the Bishops (Bxd7, Qxd7 or Kxd7), White then could safely capture Black’s pawn at d4 with White’s Queen from d1. If Black should do a pawn capture of White’s pawn at f6 with White’s pawn at g7, Black would close the f file, bring in a defender for control of the center, and close the hole at e5. However, Black would open his or her g file on the Kingside. This would be a dangerous thing to do as White could begin a concerted assault on the Kingside causing Black to have to waste tempos to try to defend a likely furious attack against Black’s King. Black would likely seek to do a Queenside castle as soon as possible if White did a pawn capture with White’s pawn from g7.

So what would be best for White to do? Perhaps nothing against Black’s pawn advanced two squares to f5. This would leave White’s pawn at e5 safely ensconced on the important central square defended and protected by White’s pawn at d4 in a pawn chain/pawn island in the center of the board retaining central control and not opening White’s King file. Black would have already provided an avenue for an attack by White directed toward the f7 square and on Black’s Kingside through a weakened pawn structure and inferiority in position. This can be exploited without adding complexities through the above alternative lines if White does an en passant capture. Sometimes doing nothing against a thrusting two-square pawn advance establishing a passed pawn might be better than doing an en passant capture.

So what could Black have done instead of moving the pawn at f7 to f5? One thing perhaps he or she might have considered doing was a pawn capture of White’s pawn at d4 with Black’s pawn at c5 seizing control of the central square, d4, because White blocked White’s Queen from defending and protecting the pawn at d4 by White’s move of the King Bishop to d3. In this line, White does not have the immediate follow-up threat of checking Black’s King by moving White’s King Bishop to b5 because Black’s Queen Knight is still at c6. However, the control is still temporary. White can still do the King’s Bishop move to b5 and pin Black’s Queen Knight at c6, thereby allowing the safe capture of Black’s pawn at d4 either by White’s Queen from d1 or White’s King Knight from f3.

The above lines show that if Black does a pawn capture at d4 with Black’s pawn at c5, this would not yield anything but temporary control of d4 and simply a loss of a pawn for Black. Thus, the importance of following the game plan is emphasized. In the standard French Defense, Black’s best move is to continue developing the French Defense by moving Black’s Queen to b6, providing further attacking pressure on White’s pawn at d4 (the base pawn in White’s central pawn chain/pawn island) by adding an additional piece for protecting and defending against counterattacks and captures at d4 by White, protecting against White moving White’s King Bishop to b5 for a block on Black’s Queen Knight at c6, and putting important attacking pressure on Black’s Queenside…all three important concepts in Black’s intended game plan for playing the standard French Defense. A final note, as one may see, White’s move of White’s King Bishop to d3 works somewhat of a positional inferiority for White by blocking White’s Queen defense and protection of White’s pawn at d4. However, White still has positional structure sufficient to protect against Black seizing control of d4. Further, White’s move of the King’s Bishop to d3 does begin to develop White’s usual game plan against Black playing the standard French Defense…developing positional structure for developing an assault on Black’s Kingside. 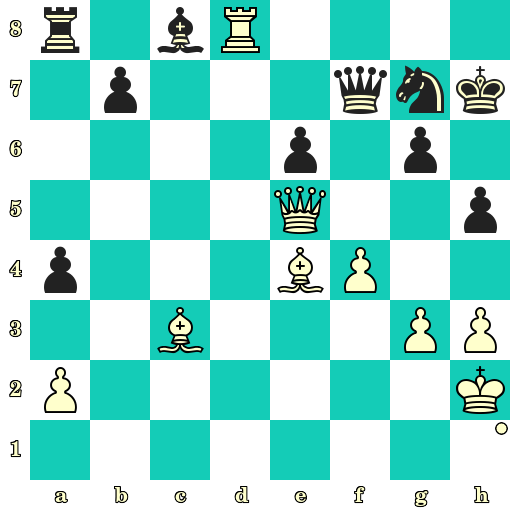 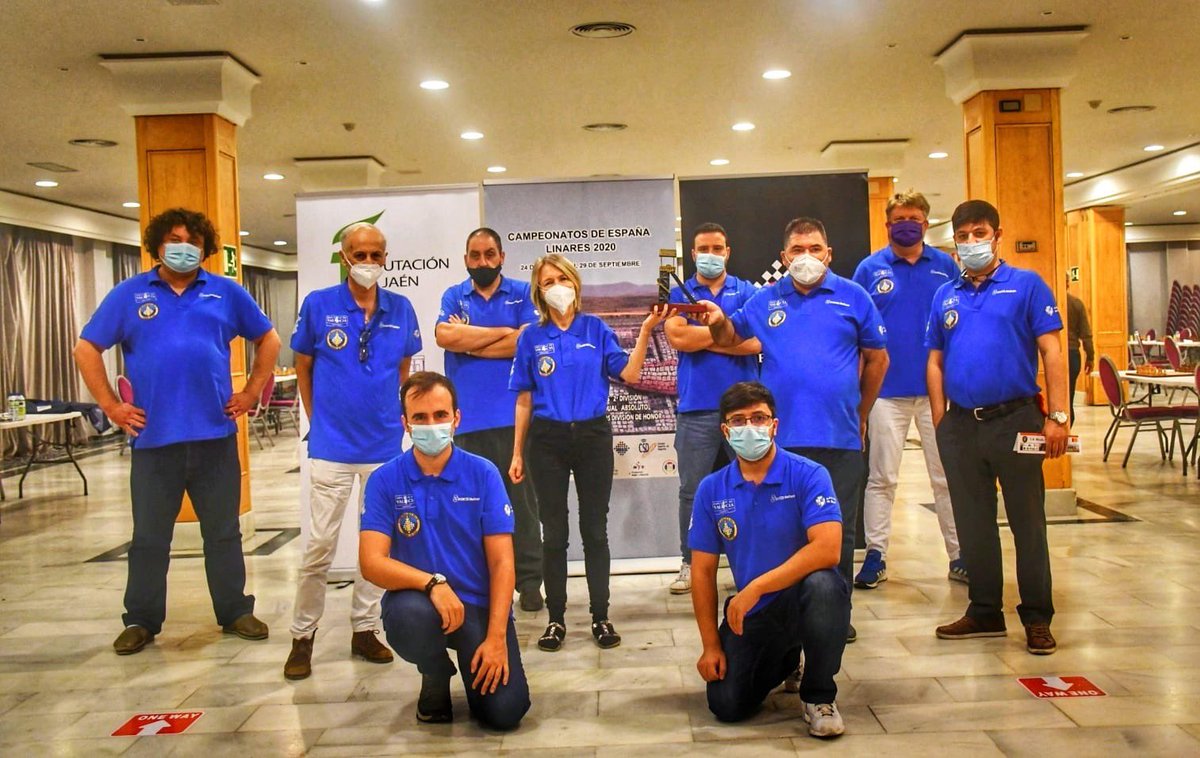