Introductory note: As mentioned earlier, I advocate a coordinated approach to learning chess…mixing, matching, and meshing basic principles & rules with higher level concepts. While I believe this is the best approach, I recognize that a more sequential upward approach is most often utilized. For those who wish to study the separate tutorials on each piece and the pawns first and then come back to study this tutorial, there are links to the separate tutorials at the bottom of this page.

I.    The Conceptual Framework.

The single most important, central principle of all in chess is combination. Some say it is attacking, others say it is pattern recognition, and so on as the arguments widely vary. I urge that all concepts in chess are really subsets consisting of combining various principles (basics ones and more complex ones) and application of the rules of chess, to build upon the over-arching principle – combination. That is to say, how does a player successfully work his or her pieces and/or pawns together to accomplish the player’s goals and reach a favorable conclusion to the game?

Combination therefore is the foundation bedrock upon which what I call the conceptual framework is constructed for learning and playing chess…the player’s game plan. All moving of pieces and advancing of pawns are (or should be) designed and planned using sound tactics and strategy primarily toward reaching the goal of checkmating the opposing King, while also trying to keep the player’s King out of check checkmate except when a player is trying to reach one of the alternative objectives – a draw or stalemate, in which case moving of pieces and/or advancing of pawns are formulated toward accomplishing one of those goals. The conceptual framework most often relies heavily upon pattern recognition – which means being able to discern possible various ways (i.e. the lines) by which the player may move his or her pieces and advanced his or her pawns for both offensive and defensive purposes, in reply to what the opposing player is doing with his or her pieces and pawns.

International Master (IM) Jeremy Silman in his book The Complete Book of Chess Strategy Grandmaster Techniques from A to Z [full reference provided in the Recommended Readings section] at page 119, limits the term – combination – to mean a “sacrifice” (intentionally giving up a piece or a pawn, or abandoning a favorable position) “combined with a forced sequence of moves that exploits specific peculiarities of the position in the hope of attaining a certain goal.” Sacrifice in essence simply and broadly means for a player to intentionally do something which might otherwise seem foolish, but designed to reach some advantageous goal.

The explanation of combination laid out by IM Jeremy Silman, to me, is too limiting. Combination as applied in chess has far greater importance and breadth because it pointedly refers to the recognition that the primary objective – checkmate, and the alternative objectives, draw and stalemate, can never be reached without pieces and/or pawns successfully combining their individual powers to reach the intended ultimate goal.

Brian Caulfield, a visitor to my website, noted that in chess “combination” often is viewed with the more specific attributes noted by IM Jeremy Silman. For example, from English Grandmaster Nigel Davies (http://www.chessville.com/instruction/Ask_the_Tiger_2003_04_06.htm):

I noted to him that I recognize that the word combination in chess most often is given the more specific attributes that he noted (and indeed, Botvinnik’s formulation is widely known), than the broader viewpoint perspective that I provide in this “Introduction to Chess” section. However, there are also those in chess that advocate a broader viewpoint of combination. For example in the Glossary of Chess Terms in The Mammoth Book of Chess by Graham Burgess, at page 467: “Combination: A forcing sequence of moves of benefit to the player initiating it.” I do not as a generalized principle advocate limiting combination only and expressly to a series of forced moves with a sacrifice component.

I do not provide so much a definition for combination in chess in this Introduction to Chess section to cover its possible divergent permutations, instead providing a broader viewpoint principle as a concept for individuals to consider and utilize in learning and improving chess along the lines of the definition set forth by Graham Burgess. Especially at the early stages of learning and improving chess playing skills, most chess players move pieces and advance pawns often with a single specific goal in mind instead of looking at the broader picture on the chess board. This is quite natural. Blunders and mistakes happen precisely most often because of this tendency and may happen to any level of chess player, and does in reality. I think it is better to start players learning chess and improving chess playing skills by orienting them in their thinking patterns and chess playing skills toward using a critical eye on the broader perspective for combination, and then moving on – as one advances with chess playing – into higher and deeper connotations for combination. It seems to me that as a player advances into more advanced thinking stages of the game, is when players truly begin to appreciate the value of the more limiting specific attributes and they should then begin the process of limiting their thought processes toward more specific attributes.

On any particular move, a piece or pawn acting alone may accomplish something the player desires…that is, reach some advantageous goal. How does the player successfully implement the goal? This is where combination comes into play. Indeed, the initial opening moves by White and Black are prime examples. The Knight move or pawn advance chosen by White, and Black’s initial opening Knight move or pawn advance in reply, accomplish the respective initial goals that White and Black have chosen to begin a series of moves by the pieces and pawn advances (the opening) to reach the middlegame (the clashing together of the players’ respective game plans), where the players will engage in majority of skirmishes and battles designed toward reaching the ultimate goal concluding the game in the endgame favorable for them. The players’ initial (first) moves in the opening of the game therefore accomplish the goal of beginning to set up the stage (positioning of the players’ pieces and pawns on the board) for the drama (the skirmishes and battles in the middlegame) which will unfold, but without the aid of any other piece or pawn at the time the initial moves are made. To proceed from there, each player must then concentrate and focus upon using a coordinated approach to moving his or her pieces and advancing pawns in combinations designed toward reaching a favorable outcome.

Hence, the importance of combination is both exhibited and emphasized by the very nature of a game of chess. A player must combine his or her beginning and intermediate goals in a coordinated effort designed to reach the ultimate goal of ending the game favorably or at least in parity…a draw or a stalemate. The conceptual framework therefore provides the boundaries (or limits) within which the player constructs his or her game plan. Combination therefore is the bedrock upon which a player builds the framework through pattern recognition of moving pieces and advancing pawns to successfully attain the ultimate goal – checkmate – or the alternatives – draw or stalemate.

The prime importance of combination also is seen when realizing that even the great power of the Queen will yield to the greater power of the opposing King (the most powerful pieces on the chessboard) without the aid of one or more of her other pieces and/or pawns. A Queen alone (no other piece or pawn helping her) can never checkmate an opposing lone King. She must be provided aid given up close or from afar by at least one other piece (which may be just her King) or a pawn, or more than one of either or both; that is, there must be at a minimum one combination in order to reach the conclusion to any chess game. Rarely do chess games end after just one combination, although the two-move checkmate is just such a curse! Often there are a great many combinations which are played out during a chess game…some alone to reach certain goals at particular times, others together in series and sequences to reach other goals.

Mr. Caulfield’s critical note to me has a measure of validity precisely because it points to the divergent views of the term combination in chess. Each of the divergent views is based upon a forcing sequence of moves either with the sacrificial component…the more specific attributes, or with “benefit to the player initiating it”…the broader viewpoint. Therefore, a particular aspect of chess where a player utilizes a single piece or pawn to make a beneficial attack (with or without the aid of the other player’s pieces and/or pawns) does not fit within the usual meaning of combination in chess. With this observation, I have no dispute because as Mr. Caulfield noted, there are specific aspects to the game especially with certain tactical moves and gambits where the benefit is not directly attributable to a combination of attacking pieces.

However, I would like to point out that the broader concept of combination in this Introduction to Chess section is not based upon multiple attackers. The reason? Generally, when a player is able to successfully implement a singular goal by a singular attacking piece or pawn, it would avail the player nothing if he or she focuses only on the singular aspect. If the player is unable to perceive how it will or could be able to be combined with another piece move or pawn advance either by the player or the opponent, then the player generally becomes lost in trying to successfully utilize that goal within his or her game plan.

More importantly then, I suggest that it is best to broadly view the scope of the concept of combination at the early stages of learning chess and improving chess playing skills. The player must be able to perceive the boundaries that encompass possible one or more other threat(s) to gain another benefit or goal desired by implementing the move or pawn advance, whether it be of immediately value or more often farther along in the game, either offensively against the other player or defensively for the player implementing the singular goal.

An example of this is shown with the rapid checkmate known as the Scholar’s Mate (reviewed in the Part 5 in the Objective of the Game of Chess tutorial). Graham Burgess in his book The Mammoth Book of Chess at page 483, notes in discussing the Scholar’s Mate that:

The need for combination also is seen in the basic elemental principle that the Kings are equal, and the corresponding basic elemental rule that if just the two Kings remain on the board the game ends in a draw because neither will ever be able to gain the necessary advantage over the other to win the game.

I urge a player to always keep in mind the primary overarching principle – combination – whether just learning to play chess or seeking to increase the player’s repertoire, and in playing chess games. Failing to do so, a player will invariably usually will succumb to defeat except for the fickle hand of lucky fate.

In the next part, we turn the two basic elements used to construct the conceptual framework: tactics and strategy. Links also provided to view/download/print this lesson in pdf format, to individual tutorials on each piece and the pawns, to the next tutorial, the main chess page, and my web home.

World Champion Anatoly Karpov arrives at the House of Unions in central Moscow during his 1984/85 title match with challenger Garry Kasparov. In the background is the hotel 'Metropol'.
(Photo: V. Zufarov, TASS.) #chess https://t.co/bmkA3f09lF
View on Twitter 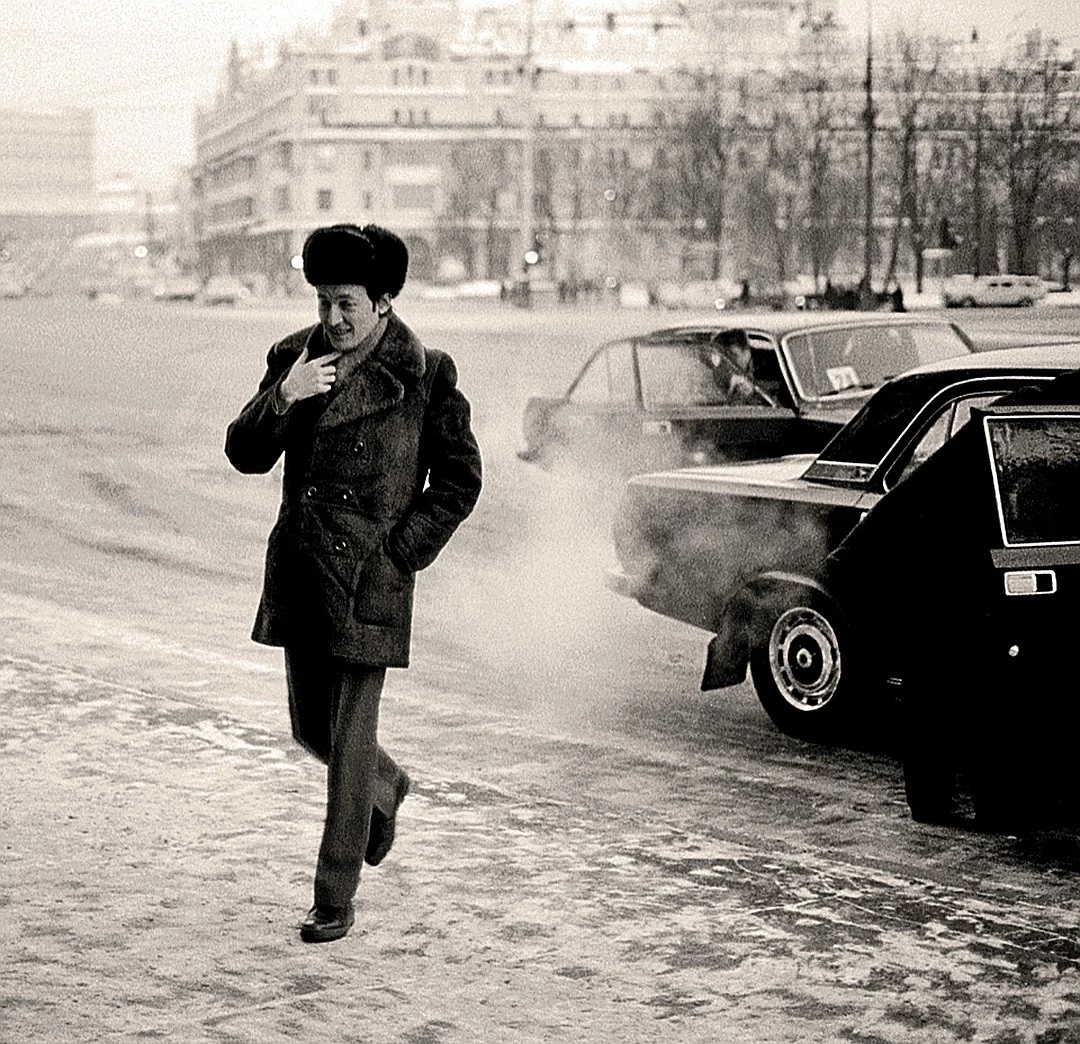 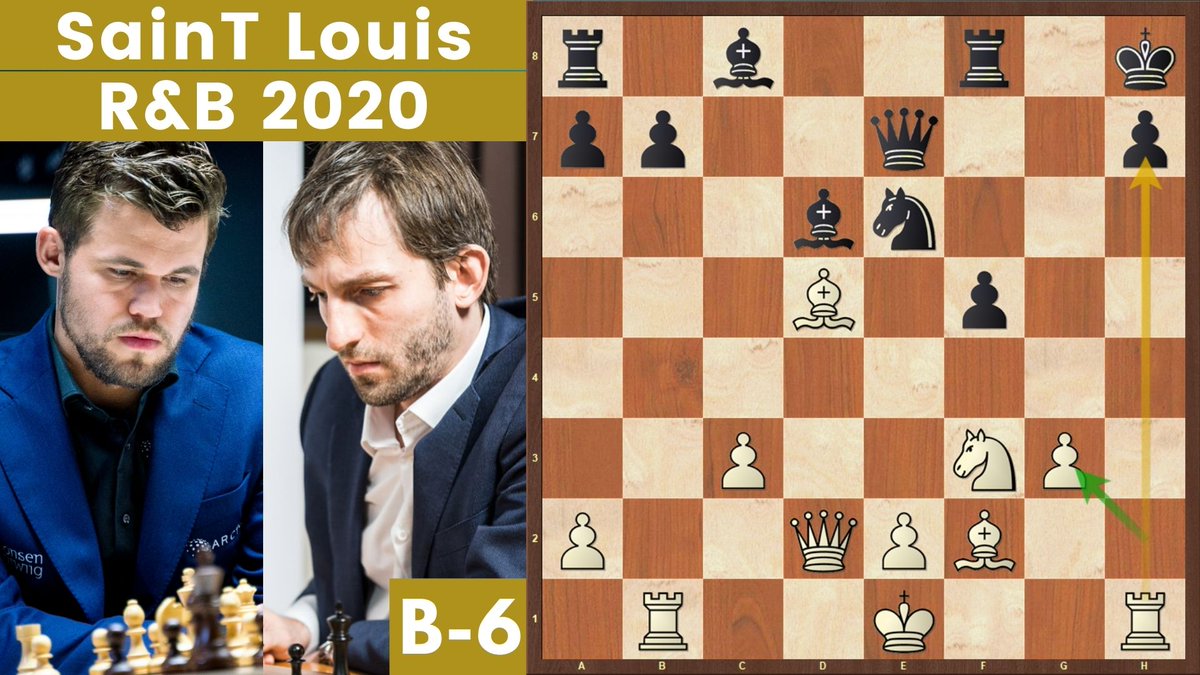