If a pawn reaches the back rank of the opposing player (8th rank for a White pawn, and 1st rank for a Black pawn), the pawn is allowed to and must be promoted to a Queen, Rook, Bishop, or Knight, at the player’s election (pawn promotion). As you may have guessed, pawn promotion is a worthy goal to seek and may pose a very serious threat against your opponent, or against you by your opponent. Naturally, a pawn may only promote once during a game; however, more than one pawn for each player may promote during a game. A pawn may be advanced and promoted only if it is not absolutely pinned or blocked

The following diagrams show a pawn promotion with combination forming a mating pattern and mating net through a discovered checkmate. White to move and mate regardless what Black does. Black’s King is trapped at d7 (although not entombed because could move to d8). White’s Rook at a7 is pinning Black’s Knight at b7, which is being attacked by White’s pawn at a6. The algebraic chess notation to arrive at checkmate with promotion to a Rook as shown in the diagrams below:

Note: Java required to use the following board; click here for a non-Java (HTML) review

Of course, Black could promote to a Queen instead of a Rook in the above line and still checkmate in two (b8=Q#), but not a Bishop or a Knight because Black’s King could move to d8 to escape the checkmate in two (only a temporary escape from checkmate).

If Black did a pawn advance to d5, then instead of promoting to a Rook, Black would promote to a Queen and still checkmate in two (b8=Q#) because the escape square (d6) opened by Black’s pawn advance to d5 would then be an in check square by the Queen from pawn promotion at b8 preventing Black’s King from moving to that square.

If Black did Qc6, painfully obvious is that it would be simply futile and delays the inevitable at most a few more moves through several possibilities:

A nice example of the power of pawn promotion in combination with pieces to effectuate a mating pattern and mating net. Also, this example shows the power of controlling open files (Rook and Queen controlling the c and e files), and the very powerful positional structure of seizing control of a player’s second rank with a Rook (2nd rank against White, 7th rank against Black). 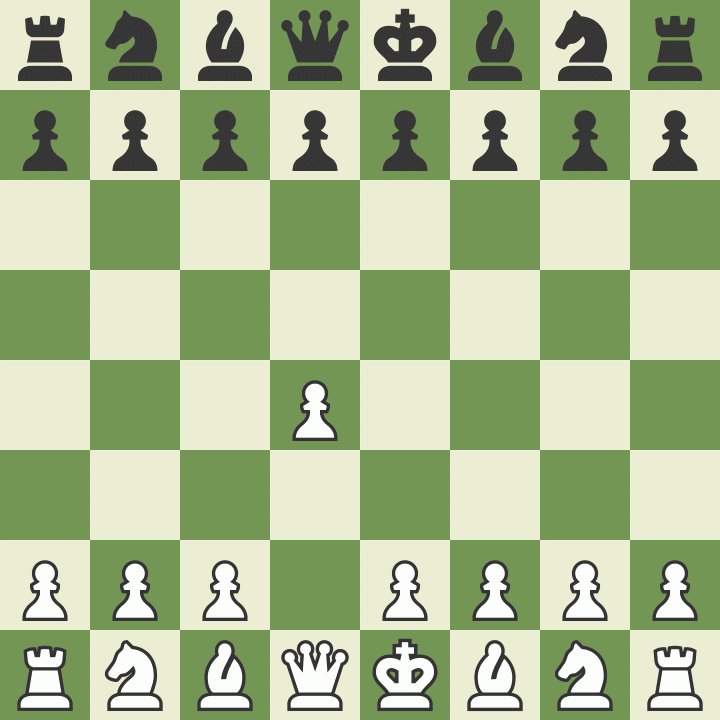 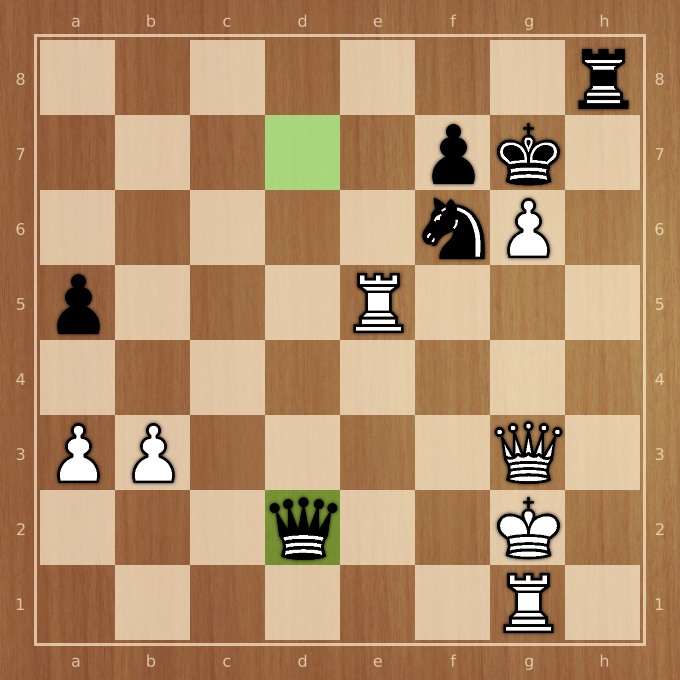