III.    Knights vs. Bishops and Combinations

The following are additional general principles and concepts to keep in mind regarding playing with the Knights:

Coupled with working together with another Knight and/or other piece(s) and/or pawn(s), is the ability of a Knight to create situations for a player to draw a bead on the opposing player’s pieces and/or pawns creating additional threats of attack/capture, for obtaining center board control, gaining positional superiority, and creating mating patterns and mating nets. Let’s examine two different positions on a chessboard.

First, in the next diagram the position shown is for a game with the standard French Defense where White has made bad moves and not protected his or her Kingside from Black’s threatened attack against Black’s g7 pawn and Queen Rook. Examine the position on the chessboard and identify why White’s fifth and sixth moves are bad, and the opportunities White has opened up for Black.

The Black Queen’s threatened attack on the g file was directly aided by the earlier double attack against White’s d4 pawn with Black’s Queen Knight at c6 and pawn at c5, buttressed by Black’s Queen developed to g6 providing additional attack support against White’s pawn at d4, the base of White’s central pawn chain. Black’s goal is two-fold (1) attacking and threatening to take control of the center of the board and gain positional superiority by breaking White’s central pawn chain (and pawn couple); and, (2) threatening a Queenside attack against g7 and White’s Queen Rook. In this position White (perhaps being unfamiliar with the French Defense) makes a common error for beginners and not only blocks the defense of his or her pawn at d4 provided by Black’s Queen at d1 with Black’s move of the King Bishop to d3, but thinking to provide further defensive support for d4 badly moves his Queen’s Bishop to e3. Black can now have a early field day, stopping for a nice lunch of gobbling up some of White’s pawns and/or pieces.However, White has laid a potential trap for an unwary or inattentive Black. Look at the diagram again before proceeding, do you see the trap?

Black has White’s pawn at d4 attacked three times, while White now has e4 only protected by the Queen Bishop at e3 and King Knight at f3 because White’s King Bishop at d3 is now blockading defense by White’s Queen from d1. A tempting opportunity for Black – engage in a pair of trades and exchanges in the line [6. …cxd4 7. Nxd4 Nxd4 8. Bxd4 Qxd4] and Black would go up in material count (a pawn=1 and a Knight=3, a total of 4, for a pawn=1, a Knight=3, and a Bishop=3, a total of 7). Did you see the trap? [9. Bb5+!! … and capturing Black’s Queen on the next move with White’s Queen from d1 because Black has to move Black’s King or block the check with Black’s Queen Bishop moving to d7 – a nasty little trap for an unwary or inattentive Black in the French Defense].

Knights may be especially effective for working with a Queen, or a Rook, for creating checkmate. While these will be covered more throughly in other tutorials such as the Checking and Checkmating tutorial, for now let’s examine a second position to show how Knights can work with a Rook to create a mating pattern and a mating net aided by a Queen sacrifice. This position was examined and reviewed in The Queen tutorial in regard to a Queen sacrifice, and shows one of the exceptions to the general principle from above that in an endgame a pair of Knights generally does not work as well as having two opposite colored Bishops.

With White’s move Qe6, White threatens a discovered checkmate on the next move (Nf5#) because the Queen blocks out Black’s Rook at a6 from defending and protecting across the sixth rank and blocking the check by White’s Rook at h3 and blocks Black’s Queen’s Bishop at c8 from capturing Black’s Rook checking from its position at a6.The limitation of a Bishop moving diagonally coupled with the Knight moving in its non-linear pattern generally do not allow them to work as well together as the combinations of a major piece and a Knight. As noted early, however, an opposing lone King can be put into checkmate by a Knight, a Bishop, and King working together with few or without any other pieces or pawns on the board, although it may take many moves to reach checkmate.
Now, lets look at a diagram of a different board position to examine how a Knight may be used to force an exchange for an opposing Bishop which is particularly effective. Look at the next diagram, with White to move. First, analytically who should win this game and why before White moves? Second, what is the best move for White to make, and why?

The above position shows just how damaging a lack of King safety and the failure to castle leaving the King exposed to attack along the center files can be to a player, and the inferiority which doubled pawns can present. Black obviously is in extreme danger of losing this game because of the deadly lack of King safety, failure to castle, and attacking possibilities for White through the center files. However, the really interesting part of this game was that Black won! Yes, Black won. It would not seem logical that Black should win, but White ran out of time!!! Black noticed White’s serious time pressure and played a stalling game for a win on time. The strategy paid off, because White being time pressured did not adequately examine the position on the chessboard and failed to make the key Knight move which is the focus of the second question…White’s best move is with the Knight.Nf5!! This brilliant Knight move accomplishes the following:

The above attacking lines create even more possibilities for White showing application of additional basic principles. For one example, after the exchange and Black’s next move and Black not moving the King’s Rook at g7, White has the followup possibility of not capturing either White’s pawn at d5 or White’s pawn at a7, but instead moving White’s Queen’s Bishop to d4 blocking forward advance of White’s forward pawn at d5 in Black’s Doubled Pawns in the d file and again threatening capture of Black’s King’s Rook at g7, with the followup added possibility of White doing Re2+ and retaining the threats to capture White’s pawn at a7 with White’s Queen’s Bishop from d4 and Black’s forward pawn at d5 in Black’s Doubled Pawns in the d file with free capture by White’s Rook at f5 because Black has no way to stop it. Throughout all these lines, White’s King would simply sit and observe from its strong safe position at c1. The cascading devastation to Black from that single Knight move by White opening multiple threats and attacking lines through combinations of pieces working together would have been marvelously crushing for White. A very nice example of how examining the chessboard using pattern recognition to locate and exploit combinations can be crushing to an opponent especially one who has failed to adequately defend and protect his or her King, the importance of effective management of a player’s time clock, and the significant damage time pressure can wreak on a player’s game.Now we turn to Knight Forks and Fork Checks.

Your kid can Learn Chess by sitting at home.👨‍💻
■Enroll now with Royal Chess Academy and start learning chess online.
■ Book your slot as per your convenience.
Contact us : +91 83838 41561
or
Register : https://t.co/MaGcViUk0N 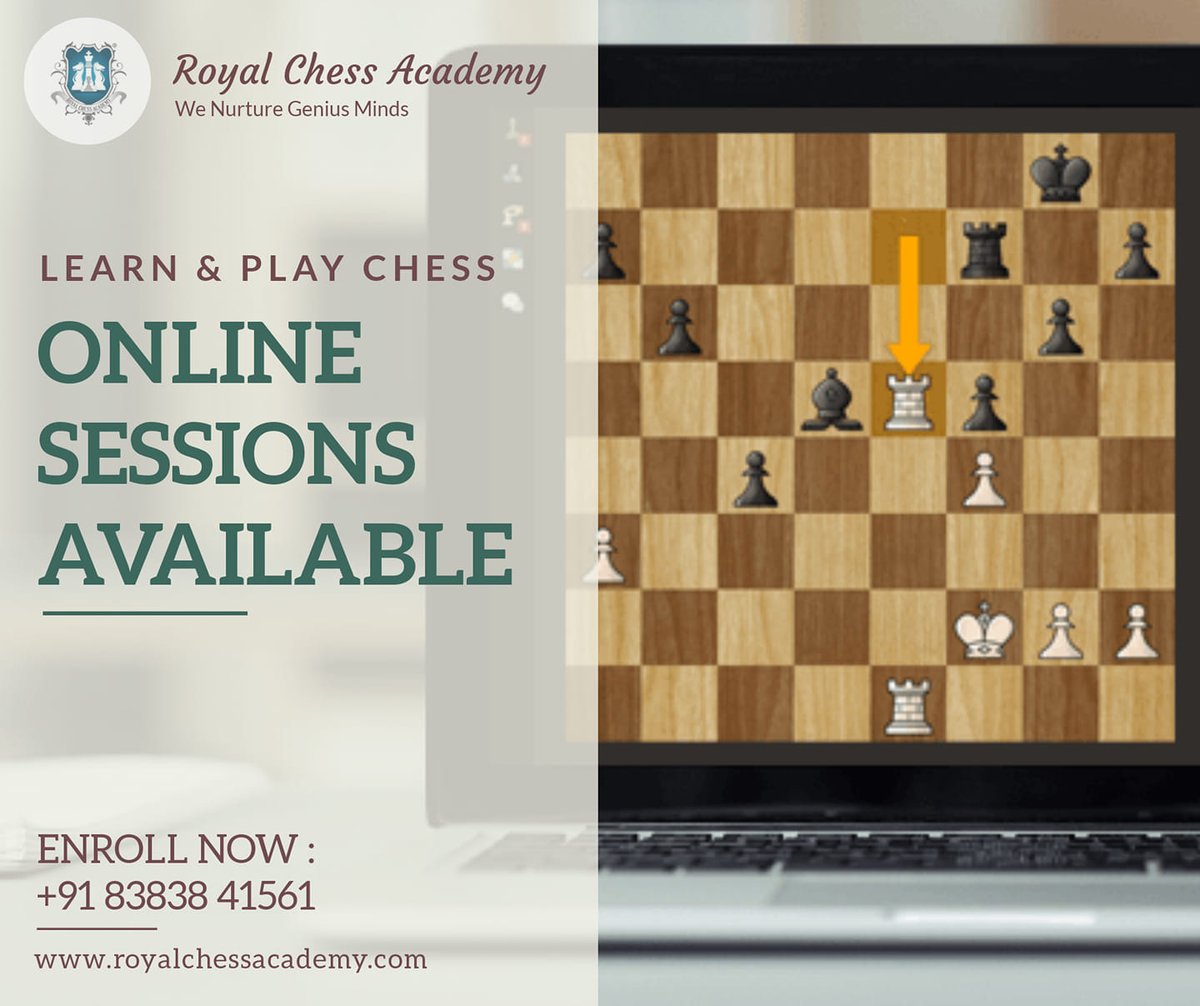 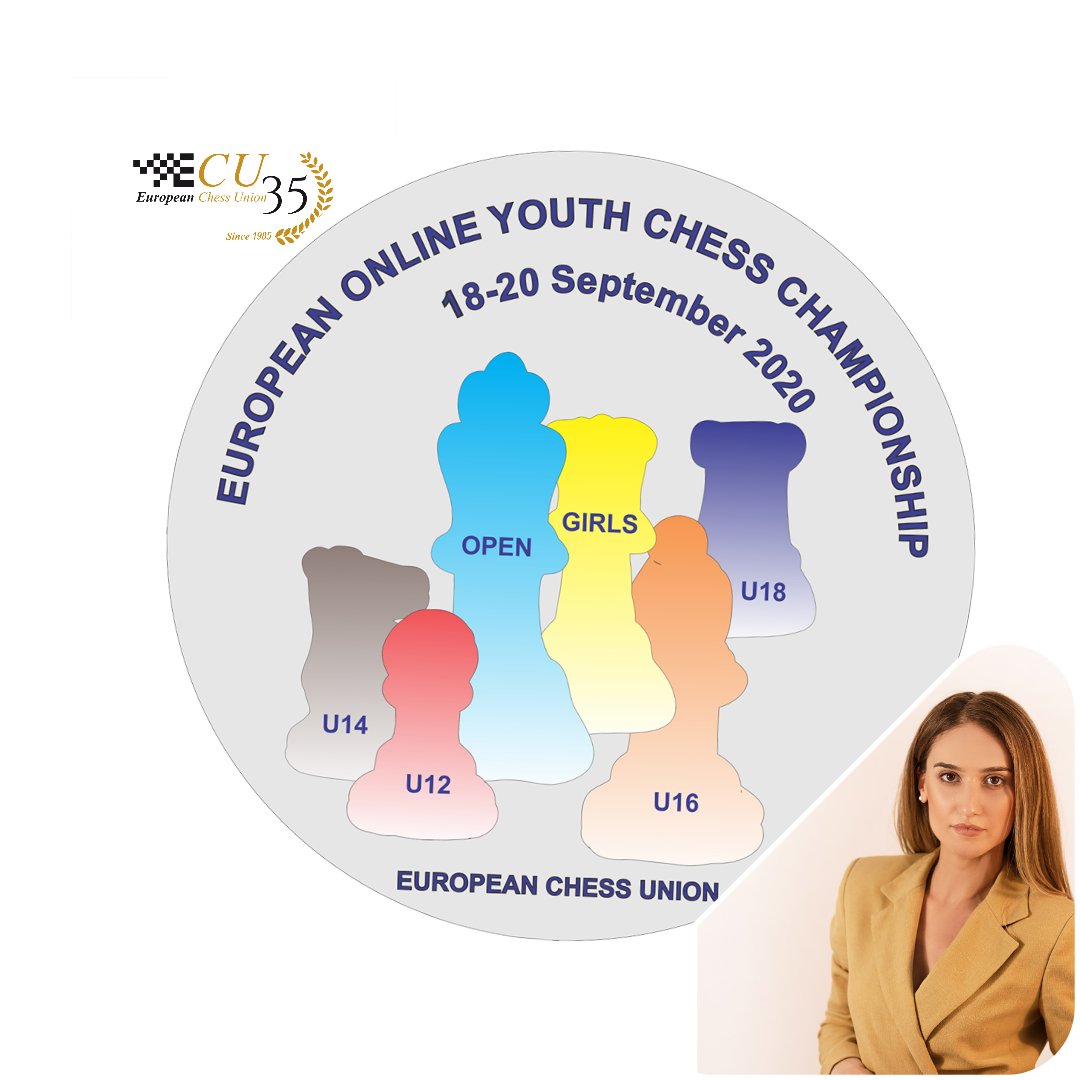 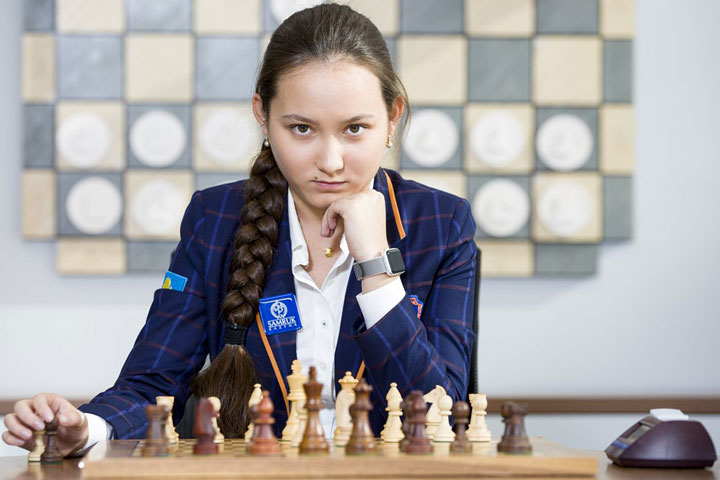