Now we turn the focus toward basic principles and concepts involving the Knights. Consider two Knights (White’s King Knight and Black’s Queen Knight) positioned on the chessboard after development through the first four moves in the standard French Defense opening as shown in Diagram N-II-A below, which shows White developed the King Knight to f3 and Black developed the Queen Knight to c6. Diagram N-II-B has arrows added, showing the central defending and attacking possibilities of the two Knights positioned at c6 and f3. Additional arrows have been added to show the attacking capability of Black’s pawn at c5 and the defending capability of White’s Queen at d1, to show how the Knights may work with other pieces and pawns to provide attacking/capturing threats and defending combinations. Note should be taken of the fact that Black’s c5 pawn is protected by Black’s King Bishop along the diagonal leading through the open e7 square in front of Black’s King.

Let us examine the attacking/capturing capabilities of Black’s Queen Knight at c6 buttressed by Black’s pawn at c5 to further develop principles involving the Knights, tactics, strategy, connections between various principles, evaluation, and application of English Algebraic notation with symbols.If Black’s Queen Knight captured White’s pawn at e5 (Nxe5), White could simply freely capture Black’s Queen Knight with White’s King Knight from its position at c3 (Nxe5) or White’s pawn at d4 (dxe5). Black would lose a piece and go two down in material count (a Knight=3 for a pawn=1) giving White material advantage, because Black cannot immediately capture White’s Knight or pawn back for compensation. Also, Black’s French Defense attack would evaporate in either situation. Further, if White captured with the King Knight, this would put the King Knight at e5, a decidedly advantageous position (principle of centralization).

If White captured with the pawn at d4 (dxe5), this would break White’s central pawn chain (also constituting a pawn couple and essentially give up control of the central squares to Black. White would maintain a passed pawn at e5 blocking vertical advance of Black’s pawn at e6, and White King’s Knight at c3 would still protect it. However, White’s passed pawn at e5 would be a weak passed pawn because White would need to use pieces such as the King Knight from f3 to protect it unless White wanted to advance his or her f2 pawn to f4. To do so, though, White would need to move White’s King Knight from its best defensive position on the chessboard…the f3 square. Both moving the King Knight and advancing the pawn to f4 would be unwise as it would open White’s Kingside to attack by Black and make castling to the Kingside less advantageous. Combined to accomplish the stated purpose, each move therefore would be considered a bad move…for which the symbol ? is used.

White could castle to the Kingside after moving and developing his or her King Bishop from its home square at f1, with follow-up moving of White’s King Rook to e1 (Re1) providing protection for the pawn at e5 in White’s open e file. Doing so would be considered a good move for which the symbol ! is used…in English Algebraic notation with symbol: Re1!. The castle move early in the opening phase also is highly recommended as a general principal, and would provide significant defensive purposes for White.

In the above line of play, White’s capturing of Black’s Queen Knight at e5 with White’s pawn at d4 most likely would be evaluated as being without compensation and a dubious move for which the symbol ?! is used…in English Algebraic notation with symbol: dxe5?!.

If White captured with the King Knight from its position at f3 (Nxe5), White would gain not only material advantage but also positional superiority with the Knight now positioned at e5, creating good attacking threat capabilities on Black’s Kingside. Black will find it hard to safely dislodge White’s King Knight at e5, where it cannot be immediately captured back and would take Black significant tempi to logically force it from the square. White still would have the ability to proceed with moving to castle to the Kingside and bring the King Rook into play for defensive purposes at the e1 square.

In the above line of play, White’s capturing of Black’s Queen Knight at e5 with White’s King Knight from its position at f3 most likely would be evaluated as being a good move…in English Algebraic notation with symbol: Nxe5!.

Therefore, Black’s taking of White’s pawn at e5 with the Queen Knight at c6 would be evaluated as being without compensation, and perhaps charitably evaluated as a bad move, but better yet a blunder for which the symbol ?? is used…in English Algebraic notation with symbol either Nxe5? or Nxe5?? respectively.

If Black used the Queen Knight to capture White’s pawn at d4 (Nxd4), this would also break White’s central pawn chain and follow the principle to attack a pawn chain at its base, the weakest point. However, White could then capture the Queen Knight with his or her King Knight at c6 (Nxd4), offering Black the opportunity to do a Knight trade (exchange) by capturing the King Knight with Black’s pawn at c5 (cxd4). If Black did so, White could then simply capture Black’s pawn at d4 with Black’s Queen from its home position at d1 (Qxd4), to give White a pawn up in material advantage, and allowing White to begin developing and moving toward an attack against Black’s now weakened Queenside.

While the above line would essentially force White’s Queen out early in the opening phase, violating one of the general principles which states to avoid doing so, White’s capture with the Queen would be with compensation and the most logical thing to do especially with Black now being without his or her Queen’s Knight, having both Rooks still locked in on Black’s home (back) rank with no current ability to get into the central play area, having the Queen Bishop fairly immobile because of Black’s blockading pawn at e6, and Black having an ineffective King Bishop that although mobile it is essentially impracticable for developing any attack against White with the King Bishop at this time through the only diagonal open to it.

Therefore, Black’s capturing of White’s pawn at d4 with the Queen Knight (Nxd4) would be without compensation, and perhaps classified as a dubious move or perhaps better a bad move…either Nxd4?! or Nxd4? respectively. White’s capture with the King Knight (Nxd4) would be said to be with compensation and a good move: Nxd4!; and, capturing with White’s Queen (Qxd4) also would be with compensation and a good move: Qxd4!.

Now consider each of the four Knights on the board after the first four moves in the standard French Defense. What may each do and not do as far as moving on the board (excluding captures)? Look at Diagram-IB again. The complexities of conceptualizing and understanding the Knights is now shown in the next diagram…why the Knights can be so difficult to keep track of during the game due to the possibilities the Knights can present for moving, attacking/capturing, and defending. The following diagram shows just how mind-numbing thinking about the Knights can be playing a game. The diagram does not show the L-shape arrows for White’s Queen Knight or Black’s King Knight so as to enable a view of conceptualizing the Knights in the triangular method. Also, I have not shown blue arrows for Black’s Queen Knight at c6 and its attacking/capturing capabilities on White’s pawns at d4 and e5, as we have analyzed those lines of play above; instead I have shown white arrows with the symbol ? denoting the above analysis for capturing either White’s e5 pawn or d4 pawn with Black’s Queen Knight.

White’s Knight at b1 (Queen Knight):

Let’s shift the focus to considering Knights vs. Bishops and Combinations.
Chess

Definitely, it is. But we are the one who set a proper opening in classical chess. And it is our pride that dictates us which opening we shouldn't lose. Wherein fact the basic goal in chess is to checkmate our opponent. 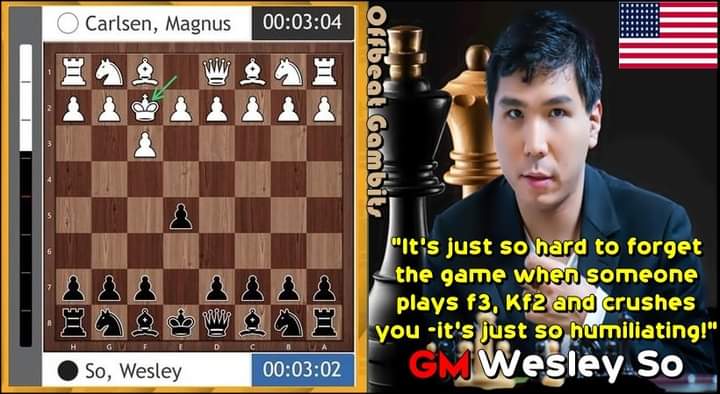