I.    Basic Description of The Castle Move or Castling

The King in combination with either of the player’s Rooks has an optional special move available called the castle move or castling. I will use the term “castling” in the rest of this lesson. This special move involves shielding the King on the back rank (1st rank for White, and 8th rank for Black) away from the center of the chessboard.

II.    The Mechanics of Castling

The King is moved two squares either to the right or left side along the back rank, and the Rook on that side is moved to the square in the same rank immediately adjacent to the square upon which the King lands and toward the center of the chessboard. The King may be castled to either the Kingside or the Queenside. In chess notation a Kingside castle is noted as 0-0 and a Queenside check is noted as 0-0-0.

Castling with the Kings is shown in the below diagram.

Each player may only castle once during a game, and only when

The earliest a Kingside castle may occur is on a player’s fourth move.

The earliest a Queenside castle may occur is on a player’s fifth move.

Another guiding principle is to develop Knights first and then the Bishops, but for castling a both a Bishop and a Knight need to be developed. Therefore, castling may occur perhaps out of necessity for “King Safety” before development of both Knights depending on the opening moves made by the players.

1. Castling provides a defensive shield from the vulnerability of an opponent’s central attacks.

2. Castling frees up the Rook used in the castling toward the center of the chessboard for activity in open files and to be used to provide protection for the player’s central pawns.

3. Castling further usually connects up the two Rooks (unless one has already been lost to the opposing player), greatly enhancing their ability to attack and defend.

4. International Master Jeremy Silman, in his Chess Instruction for Beginners, King Safety, Part One, provides the following on castling:

“Why is it important to castle as quickly as possible?

The center is the most important part of the board (its FAR more important than the wings). If your opponent opens lines in that area, do you really want your King to take the brunt of his assault?

If your King is in the middle, your Rooks wont be connected. Playing with one Rook against your opponents two is very poor math (in other words, castling gets your King to safety AND brings a Rook into play)!

Why attack when your own King is in the danger zone? Its much better to get his Highness to a safe spot and only then start a battle. NEVER begin a fight if your King isnt safe!

Its very hard to checkmate a castled King. You might be worried that your King will be executed in whatever corner it castled in, but its actually far simpler to torment a central King than a castled one.

Not castling doesnt necessarily mean youll be mated. But it will make it harder for your forces to cooperate, and tactics based on the exposed King can easily lead to loss of material.”

Castling usually should be done no later than when the opposing player has developed pieces which may attack the King through the center files (d and e files, also called the King and Queen files).

If a player has castled, the opposing player should consider castling as soon as practicable because the opponent has freed up a Rook toward the center area of the chessboard for attacking along, and providing defensive control through, open lines and through the center. Therefore, “King Safety” dictates getting the opposing King also into a place of maximum protection away from the center of the chessboard as soon as possible.

V.    To Which Side Should Castling Be Done? General Principles

Typically, players will castle to the same side of the chessboard and most often Kingside castles are done.

Kingside castles generally provide the most protection for the King because it is ensconced centralized behind three pawns and provides protection for each of them. The King’s Knight may be positioned at f3 for White or f6 for Black (each square is said to be the most natural developed square for the King’s Knight) constructing a tightly compacted defensive fortress for a well-guarded and well-defended King.

Sometimes because of tactics, strategy, and positional reasons, the players will both castle to the Queenside. This is more rare.

In a Queenside castle there is a pawn usually left unprotected (the pawn at a2 for White and the pawn at a7 for Black).

The pawns at a2 and a7 in Queenside castles may be attacked and exploited as possible weaknesses in the defense around the shield afforded by castling to the Queenside, and provides an avenue into the players’ respective seventh and back ranks (for White-the 1st and 2nd ranks on the chessboard; for Black-the 7th and 8th ranks on the chessboard).

VI.    Is there some way to tell when to castle and not have it be detrimental?

Every player has gone through the bad experience of castling, following the above rules and principles, only to see their game plan become shattered, their King becomes very vulnerable, and under a relenting attack by the opponent. So, what happened? Isn’t castling supposed to be a good thing to do?

As with anything in chess, general rules and principles are just…well, plain and simply – general! So…yes, castling generally is a very good thing to do.

However, the timing, and which type of castling to do, greatly depends on the opening moves which are played by the players.

More specifically, when and what type of castling to be done depends on the offensive and defensive structures which have developed in the position on the board.

As you play games and work with castling and developing defensive positions, the timing and to which side you should castle will become more routine because you will gain experience in seeing how “vulnerabilities” dictate determining when and to which side you should castle. You must develop a sense and appreciation for the nature of vulnerabilities and attacking capabilities on the board to adequately execute castling to take the fullest advantage of the defensive power of castling.

Some things a player needs to consider:

An open wing file against a castled King is extremely vulnerable for attacking and checkmating the castled King.

Another winner of European Youth Online #Chess Championship with a round to spare is Open 18 top seed Esipenko Andrey (RUS)! 🏆 @ruchess_eng
Congratulations 👏 https://t.co/2fYvnecE7w
View on Twitter 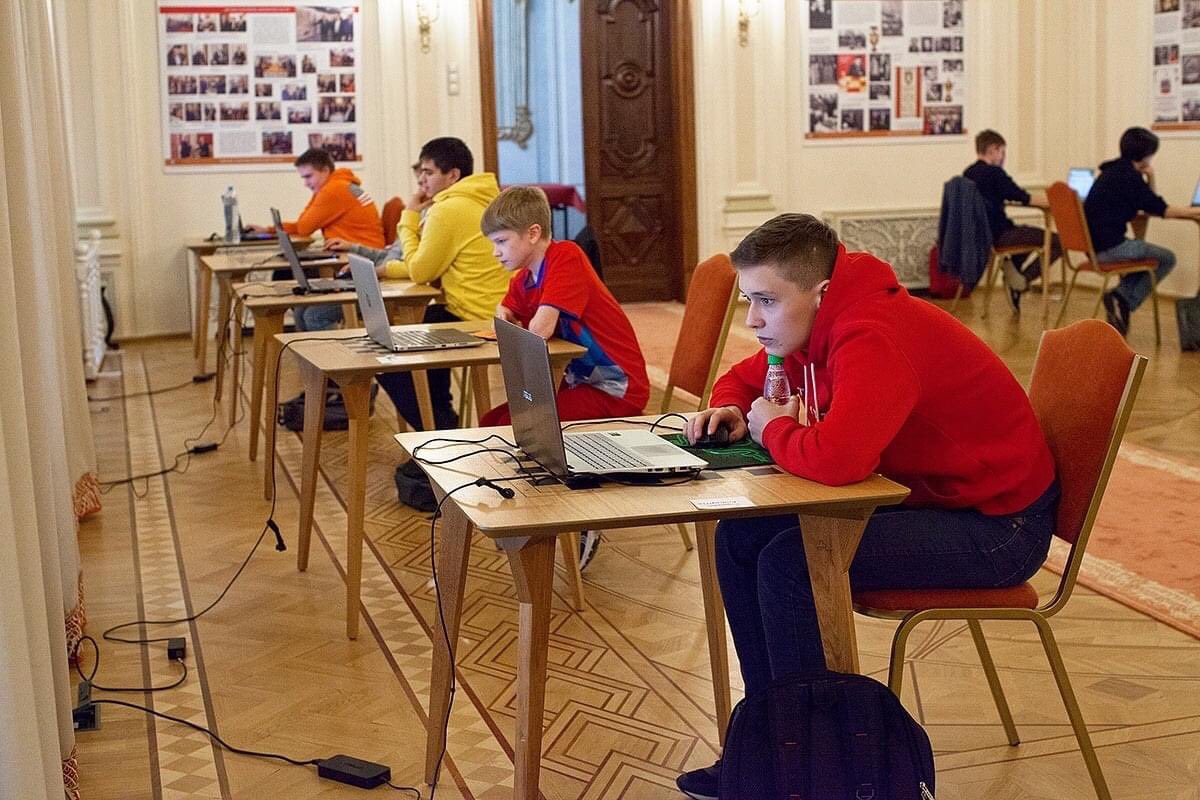 In #STLRapidBlitz yesterday, due to mouse slip I blundered a whole rook against @lachesisq. There is nothing wrong if he takes it, however he chose to offer a draw which deserves appreciation!! What would you have done? #chess #onlinechess https://t.co/kXT3fshHDo
View on Twitter 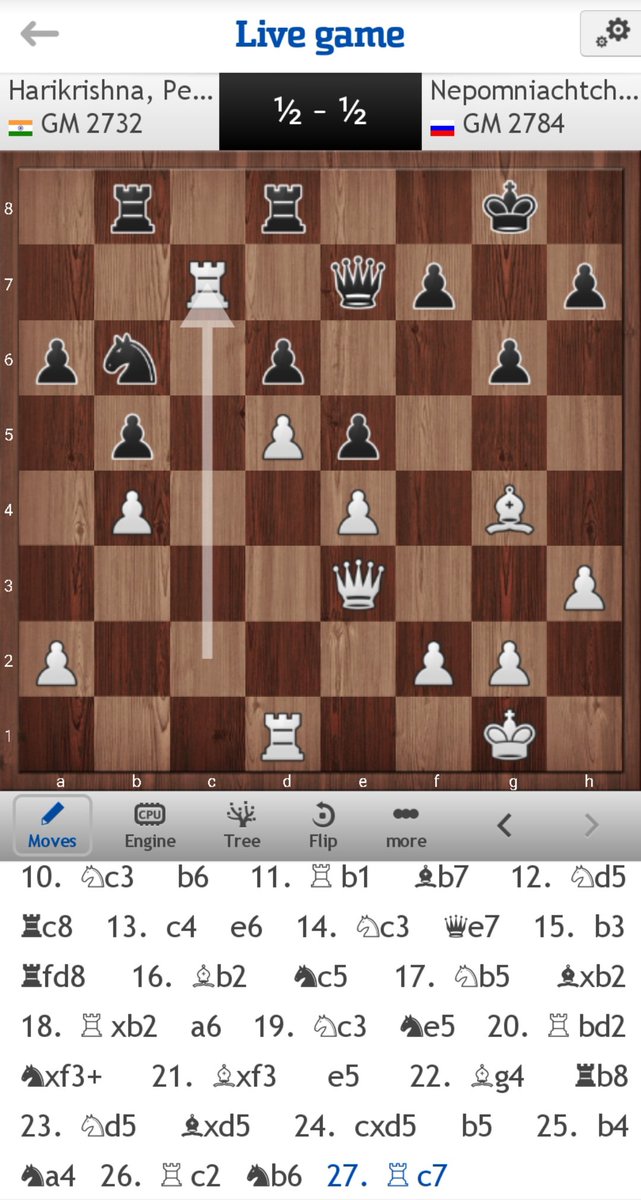