A Sociology of Bobby Fischer gives the subject’s actions a social meaning, producing a framework that explains his arguments, complaints and accusations. From a sociological perspective, therefore, Bobby Fischer’s view of the world becomes conceptualized and understandable from a social-historical perspective.

Bobby Fischer’s view of Capitalism and Justice is grounded on the philosophical view of the “good man” espoused by Plato in the The Republic: “the happy man is the one who does not engage in acts of embezzlement or betrayal of his comrades” (Plato, Replublic, I).

Embezzlement and betrayal have been recurrent themes in Bobby Fischer’s life. Edmonds, who wrote “Bobby Fischer Goes to War” gives numerous accounts of how the pre-World Champion Bobby felt about journalists and corporations misusing his name and betraying him.

The same themes appear again, in regards to Bobby Fischer’s search for a religion. His involvement with the Worldwide Church of God and the Seventh Day Adventists ended in his bitter withdrawal from both.  In his view, which slowly crystallized into a perspective, journalists and pastors were seen as materialists, an attribute that the Platonic view of the world highly disregards.

When Bobby Fischer demanded money, or turned down larges amount of it, it was only to show the world that chess should stand above materialistic concerns. Chess author and British Champion Bob Wade once said that, “Bobby Fischer never cared about money His only desire was to prove that his choices were correct: He wanted chess to be important” (Chessmaniac).

Bobby’s disappointments with friendship, religion, and money all spin around the idea of pureness of mind and heart, i.e., that truth should be confessed and accepted naturally because, according to the Platonic view, the good man’s character stands above the oppression of law.

Bobby could not find many followers of such a view.  As a matter of fact, he found the opposite. America, whose formal laws and social control rules are strongly influenced by the Puritan ideas of the Pilgrims where character is valued but “the rule of law” stands above all else, was actually moving another direction.  The idea of petty fights was in the seventies being translated into what was later called “the law suit industry,” whose base is the lawful solution of petty conflicts very often stimulated by financial interest, not by truth.  Although Bobby Fischer could not conceptualize such a trend in his days, he probably could certainly feel that friendship and relationships had been soiled by fakeness.  He never accepted the idea of utilitarian friendship.

Unable to understand utilitarian friendship, in the height of his anger, Bobby Fischer slashed back lawfully by filing a lawsuit against Times Incorporated, where he lost in Court.  The episode left deep impressions in Bobby Fischer.  Almost thirty years later the episode was still bitter in his memories: “I got laughed out of court,” he said. “This is when I began to realize what kind of a country America was then” (Miles Eldesten, Associated Press).

The Times Incorporated lawsuit was a dividing moment in Bobby’s life because it showed him that law is really about interpretation, not truth. From his Platonic view of the world, if a State was to interfere in the good man’s life it was to act as a father, by delivering truthful resolution.  But the State awarded “liars” so the State should be abandoned.

Bobby Fischer never had too much education, which let him alone again searching for a rationale to explain the “fake people” and the “unfair State”. The lack of education can be good at times as it prevents homogenization of thought, as it prevents one from being pacified by the ideals of conforming, of fitting in. Michael Foucault once said that the educated man can become an obedient sheep before authorities and a fox before the common man (Discipline and Punish). Without an “educated rationale” to explain friendship within capitalism, Bobby Fischer found his own rationale: never to join the representatives of organized oppression, which to him were the State, corporations, and all forms of organizations that took part in manipulating words, laws, and situations for financial advantages. He departed to a world that only existed in practical terms in the ideal model produced by Plato in the Republic.

Bobby Fischer became a warrior against enemies that populated his imagination.  The beauty of such thinking, however, is that the enemies are real although not confessed.  They are the ordinary American who works and prays but when it comes to the truth, he/she hires an attorney to find gaps in the law and pay State fees to pursue trial in order to achieve a new version of the truth. In that sense, Bobby Fischer’s uneducated view is quite sophisticated from a philosophical perspective.  No wonder philosophers and anarchists around the world praise him as a free man.  At home, despite aversion for his open views against the land where he was born and against the Jews, his own ancestors, America still praises him as genius, whatever that means.

Unknowingly, Bobby Fischer brought back the theme of the strong against the weak in which, Thrasymachus opposed Plato in his own time when he argued that only a strong State can make the weak obey for the common good. But for Bobby Fischer the grand theory lacked the element of pure truth. Bobby turned into a wolf, not because of the lack of father as Garry Kasparov says in his book My Predecessors but because throughout his life he had to fight in order to get what is supposed to be for granted: truth as the outcome of an honest, pure logical process.  No wonder once a Bobby Fischer’s girlfriend, chess master Zita Rajcsanyi said that “he is like a child, very, very simple.” (Bobby-fischer.net). In the eyes of the educated middle class he is perhaps too simple to be taken seriously.

Bobby Fischer was first a hero in America, now he is becoming a hero abroad but not because of his chess. In times of war and widespread anti-American sentiment, students, thinkers, and anarchists look for their own heroes who have no fear of facing off with the powerful and Bobby Fischer is such a candidate. His simplicity inspires those who look for alternative ways to produce a theoretical framework for a world of justice.  Have no doubt that Bobby Fischer is back.

John Barroso Secretary to the Pittsburgh Chess Club Article originally published in the Pittsburgh Chess Club Newletter, September 2007, Vol. 63, Number 5.  The author agrees that the article may be published on any internet site dedicated to chess.  No site, individual or organization, is allowed to reprint the article for profit or commercial purposes.

I express my sincere appreciation to my friend, John Barroso, for making this available at Mark Lowery’s Exciting World of Chess.

Can't thank enough Levon for doing this. A must watch watch interview of @LevAronian

Moscow, 11th April 1948. The second half of the World Championship Match-tournament is under way in the Hall of Columns in the House of Unions in Moscow.
In round 11, Euwe faces Keres; Smyslov faces Reshevsky.
(Photographer: unknown, via https://t.co/M3kUkKOJtd) #chess https://t.co/QFLvHM2jX4
View on Twitter 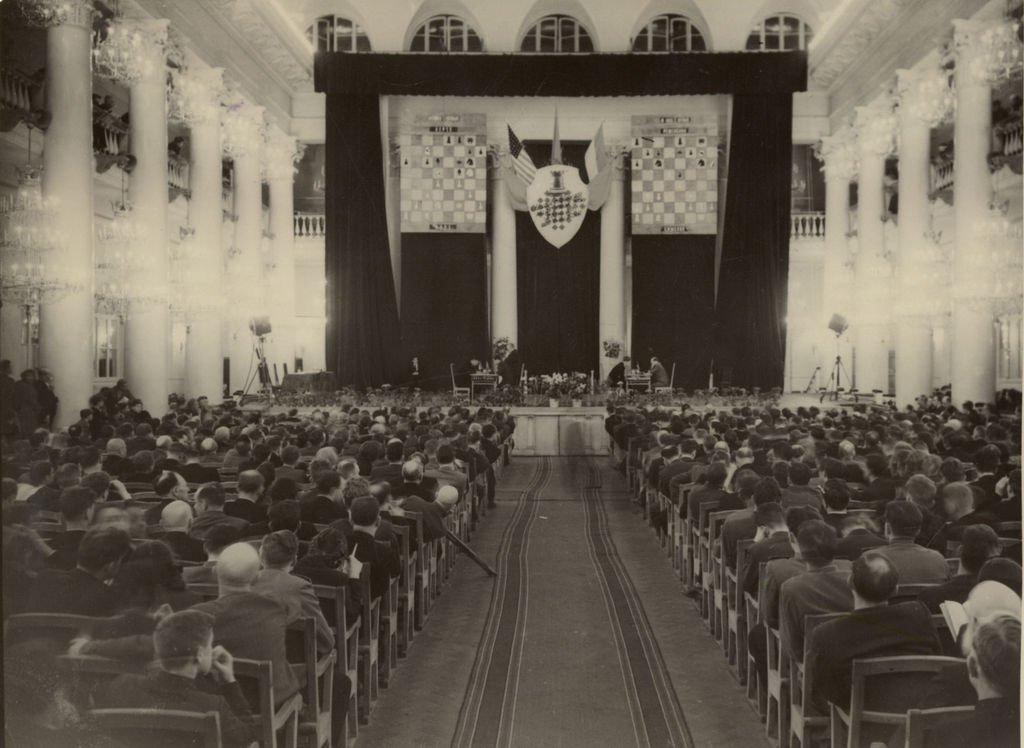 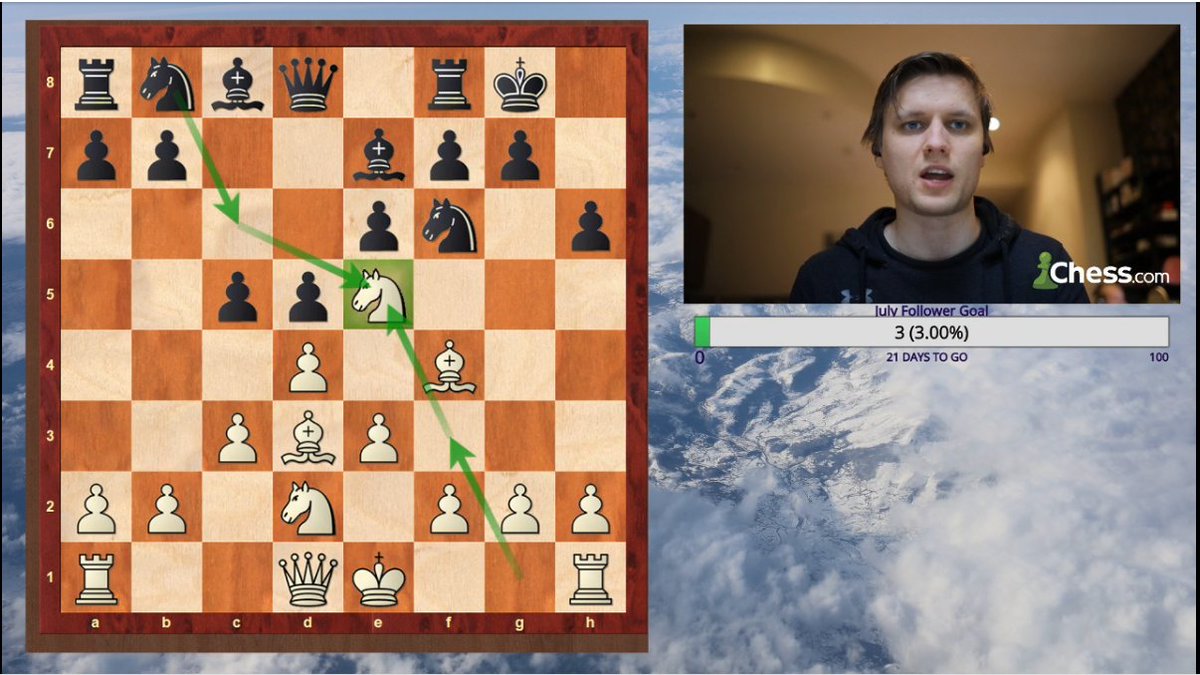