The study of basic endgames – both simple and recognized complex checkmating patterns – centers itself upon applying basic rules, principles, and concepts within the context of positional themes and learning correct move order to accomplish mating in the least number of possible moves and/or pawn advances while avoiding a draw or stalemate. However, for the player at a disadvantage in a chess game, they are equally important for him or her to try to gain a draw or stalemate. When you play, as well as study more advanced concepts and lessons, for example, you will see positional themes play out over-and-over again.

The concept of positional themes plays itself out in many areas of a game of chess. However, by studying and learning basic endgame positional themes helps to adjust the player’s style of play to more complex situations.

We start out with an examination of King& pawn v. King from two different positions on the board. This type of endgame is covered more in extensively in the King and pawn v. King endgame tutorial in the Endgames section.

We then turn to Rook & King v. King from two different positions on the board. This type of endgame is covered more extensive in the Rook & King simple checkmates/basic endgames tutorial under the Checking& Checkmating Studies section.

Look at the following board. White to move and mate in two.

In determining which piece to promote the pawn to be able to mate, being familiar with basic rules, principles, and concepts provides the player with the ability to rapidly assess the positional themes at play:

Two other positional themes play out in this basic endgame.

Therefore, by promoting to a Rook, the fundamental principle in endgames – “Limit (or Restrict) the Opposing King’s Movement at all times”- is adhered to and allows White to win the game by mating Black’s King when it is forced to move to the only square open to which he may move…a6.

Now let’s put the pawn and two Kings on different squares to create a different basic endgame position and see how to apply these positional themes in a pawn promotion situation in a different manner to win the game. White to move and mate in three.

This position points out the basic concept of “The Rule of the Square” (or “counting the squares”) in pawn promotion to determine if a pawn may successfully promote. White’s pawn has to advance only two squares to reach Black’s back rank and promote. Black’s King is three squares away from the promotion square.

However, simply advancing the pawn to promotion is not the best choice. Why? The answer lies in the fact that Black’s King is not limited (or restricted/blocked) in movement by White’s King. Black’s King can move up the h file (1.d7 Kh7 2.d8=Q h6 etc.). Thus, while White will indeed be able to mate absent a blunder, White’s mating job would become slightly more difficult than it needs to be, because White would not have applied the fundamental principle in endgames -“Limit (or Restrict) the Opposing King’s Movement at all times.”

By moving White’s King to g6 first in the move order, White applies the fundamental principle and forces Black’s King to move to g8 from which he cannot escape in three on the back rank with promotion to a Queen. Moving up the h-file, however, also does not escape mate in three with promotion to Queen because 1.d7 Kh7 2.d8=Q h6 3.Qh4# (White’s King aids in mating without being moved). Note that promoting to Queen in this position thus accomplishes for the h-file what moving Kg6 does for the back rank…blocks in Black’ King. Promoting to Queen permits mating in three regardless whether on the 8th rank or in the h-file, because of a Queen’s combined Rook and Bishop powers.

The analysis does not stop there, though, because unlike the last board…in this one promoting to a Rook would not apply the fundamental principle because of the differences in the positional themes between a Queen and Rook, and their relative checking and attacking powers. Knowing the rules for moving, attacking, and checking with a Rook versus a Queen is important to enable a quicker assessment of which piece to which to promote the pawn.

While promotion to a Queen carries with it the risk of creating a stalemate in a Queen & King v. King endgame, a Rook would only be able to attack and check along a rank or file, not a diagonal like the Queen. A Queen would be able to attack and check along a diagonal as well as a rank or file, at the same time. These rules and principles allow White quickly to assess and determine that promotion to a Queen from the position is better than promoting to a Rook. The Queen will be able to “attack and checkmate” Black’s King, because she would also serve to limit (restrict) Black’s King from fleeing to e7. A Rook would not be able to stop him from moving to e7.

Keeping the fundamental principle in mind – “Limit (or Restrict) the Opposing King’s Movement at all times” – let’s look at Rook & King vs. King from two different positions. The position shown below is when the player’s King and Rook are adjacent to each other and close in upon the opposing King. White to move and mate in two.

Like in Queen & King v. King endgames, the opposing King must be located on a wing of the board (a-file or h-file) or either of the player’s back ranks (1st rank or 8th rank) in order to be mated. The player’s King must be positioned parallel (horizontally or vertically) to the opponent’s King on the third rank or file from the opponent’s King – Direct King Opposition – to enable the Rook to mate the King from at least two squares away. The Kings cannot be in diagonal opposition, because the opposing King would have a square open to which he could flee.

In the above board position, we see that Black’s King is on a back rank. White’s King is positioned parallel to the Black King and on the third rank away from the Black King. White’s Rook already limits (restricts/blocks) Black’s King from moving to the f-file. Thus, not moving the Rook from the f-file is important. Yet, White’s Rook is not able to move to Black’s back rank (f8) to checkmate. Moving White’s King to d6 accomplishes setting up all of the necessary positional themes to checkmate Black’s King while applying the fundamental principle -“Limit (or Restrict) the Opposing King’s Movement at all times.”

In the following diagram, we have a position where White’s King and Rook are separated and the Kings are in misaligned opposition. White to move and mate in three.

There are two solutions.

In diagram below, we turn to a different Rook & King v. King board position, where the Kings are in vertical distant King opposition (separated by more than one square in the same file). This position is not quite as simple as the others, but still does not approach the complexities a player encounters with complex checkmates. Reliance upon basic rules, principles, and concepts provides the ability to conceptualize developing a satisfactory mating pattern/mating net.

There are many possible mating patterns/mating nets. Forced checkmate is possible in 11 moves. Opportunistic checkmates in fewer than 11 moves are also possible. While stalemating in a Queen & King v. King endgame is a dominant theme in that type of endgame, it is also a concern in Rook & King v. King endgames, and many others. An example is shown in the solutions below the diagram. Therefore, vigilance and concentration on move order& calculation is important as it is in all phases of playing chess games.

Let’s review just a few of the many possible mating patterns/mating nets from this position, and see how the application of the basic rules, principles, and concepts yields mating although in quite a few moves more than in the previous example.

1.Rf3 {begins process of limiting (restricting/blocking) movement of Black’s King} 1…Kg5 {Black could move Kg4 threatening White’s Rook, but White simply responds with 3.Kg2 defending the Rook and imposing Direct King Opposition on Black’s King} 2.Kh2 {White maintains Misaligned King Opposition. Will lead to forced mate on the 11th move as would 2.Kg2 – an example is provided later} 2…Kg6 3.Kh3 Kg7 4.Kh4 Kg6 {this is an attempt by Black to break the King Opposition, but it is ineffectual} 5.Rf2! {this is the “The Principle of Retreat” in mating patterns/mating nets to take advantage of King Opposition – a special Zugzwang} 5…Kg7 6.Kh5 Kg8 7.Kg6 Kh8 8.Rf8# {opportunistic checkmate occurs because Black moved in a pattern allowing White to checkmate sooner than White could force mate on Black.}

Let’s look at some variations.

The above also are opportunistic checkmates because of how Black moved. There are many variations on the above mating patterns, depending on how White and Black move that may stretch the game out if White moves incorrectly. From the beginning position, as mentioned, the earliest forced checkmate is in 11 moves, and the following is an example of a move order to mate in 11: 1.Rf3 Kg5 2.Kh2 Kg6 3.Rf1 Kg7 4.Kh3 Kg6 5.Kh4 Kh7 6.Rg1 Kh6 7.Rg3 Kh7 8.Kh5 Kh8 9.Kg6 Kg8 10.Rf3 Kh8 11.Rf8# .

Let’s look at a different move by Black in response to White’s 1.Rf3, and the mating pattern/mating net.

Hopefully, these examples help you develop an appreciation for the importance of learning basic endgames and studying their positional themes. Doing so provides you with a solid foundation upon which to build up your chess playing skills for checking and checkmating. Basic rules, principles, and concepts apply in every checkmate, draw, and stalemate situation. Returning to them even if a player has strayed intentionally or unintentionally, or been forced to stray from his or her game plan, assists in breaking down move order& calculation for attacking in chess, and for developing sound defense positions. This allows reducing your ability to think through a position into more manageable, less complex thought processes – enhancing your “chess vision” and markedly improving your chess playing skills.

Today in #SundayTactics is one of the best chess combinations ever played - the legendary Akiba Rubinstein's game against Georg Rotlewi (Lodz 1907). Black to move.

If you're eager for an answer, you can replay this game here: https://t.co/6P2b8wD25m 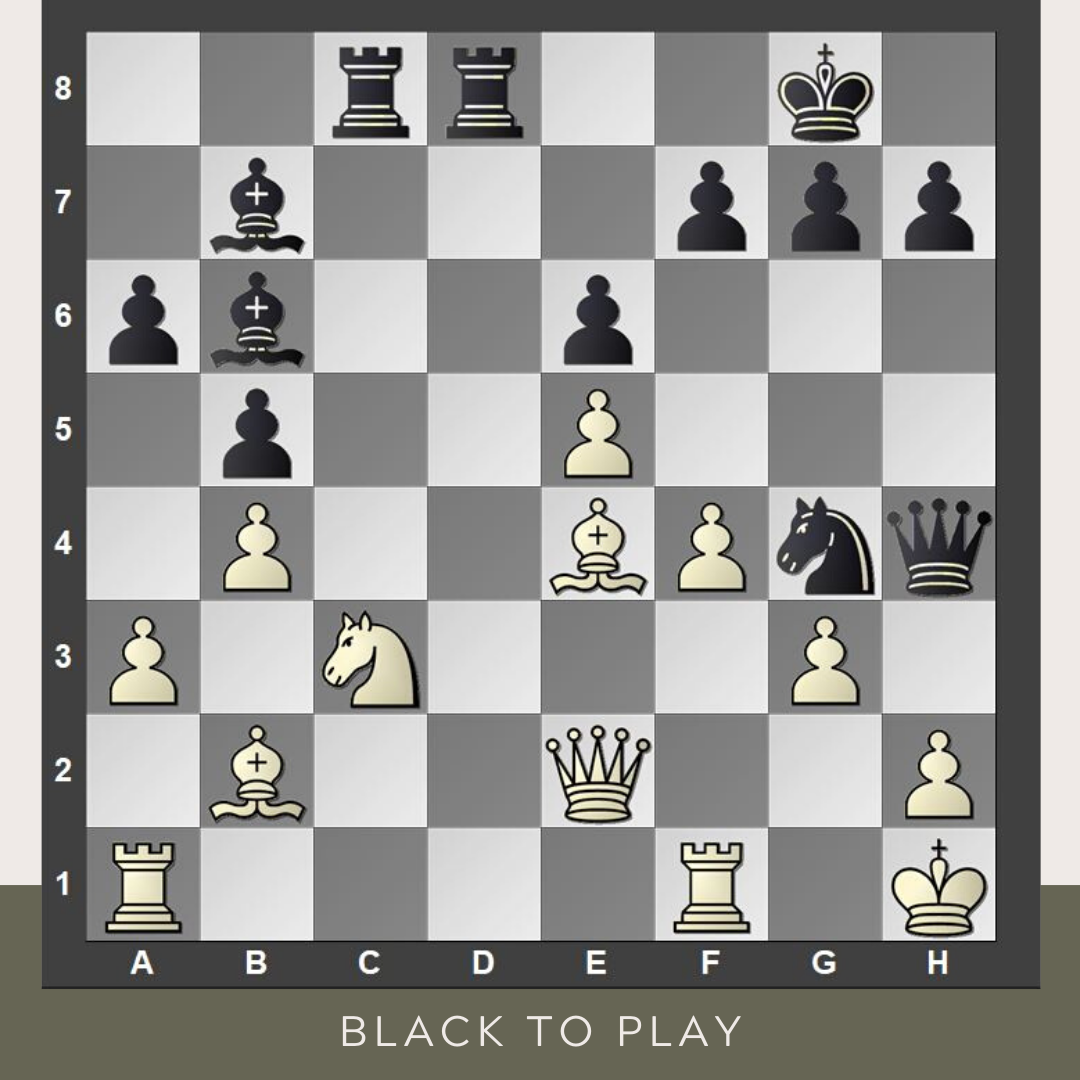 From the Novosti Press archive, a photo of Mikhail Tal in play v. Tigran Petrosian in the 50th USSR Championship. Their encounter took place in the 2nd round (played 4th April). Tal soon had to withdraw from the event due to ill health.
(Image credit: D. Donskoi.) #chess https://t.co/hIPrXYx1oH
View on Twitter 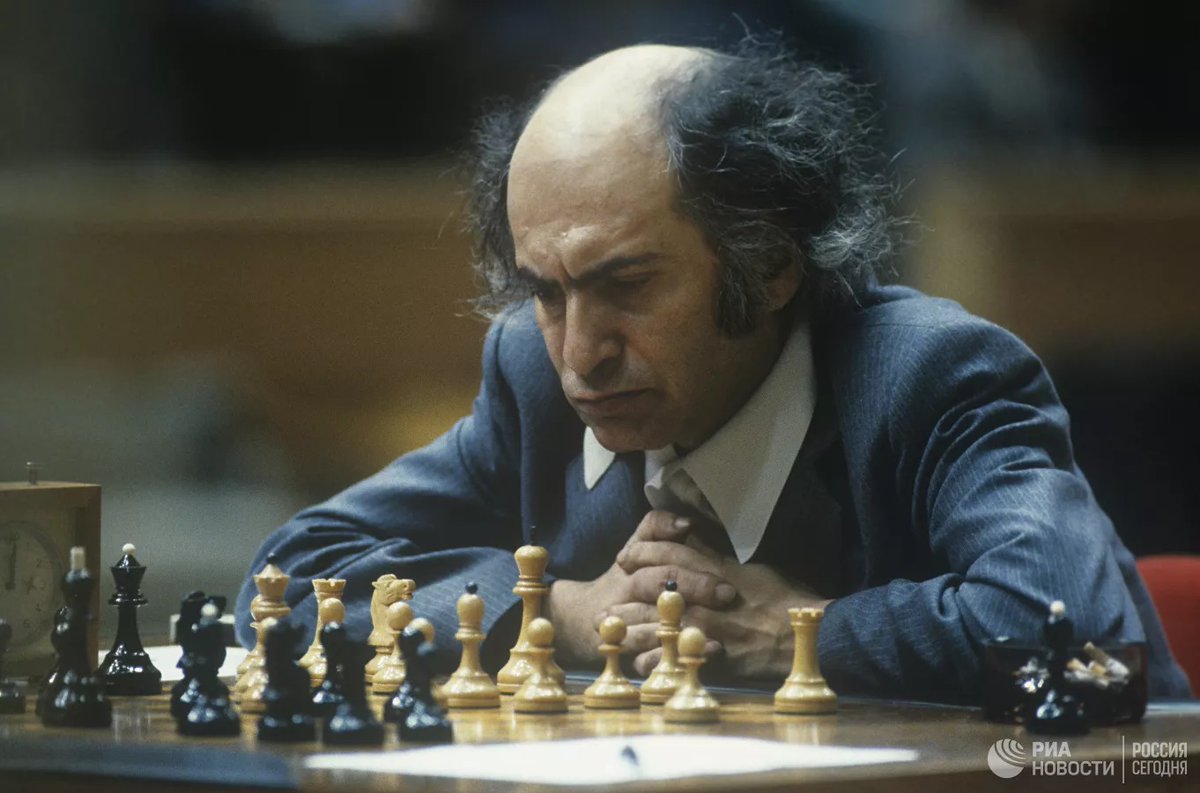 Today in #SundayTactics is one of the best chess combinations ever played - the legendary Akiba Rubinstein's game against Georg Rotlewi (Lodz 1907). Black to move.

If you're eager for an answer, you can replay this game here: https://t.co/6P2b8wD25m