The middlegame phase is like the years between the middle twenties and retirement. Two books that I highly recommend for learning the middlegame are The Art of the Middle Game by Paul Keres and Alexander Kotov (trsnl. H. Golombek), and The Complete Book of Chess Strategy, Grandmaster Techniques from A to Z by IM Jeremy Silman. Full references are provided in the Recommended Readings section.

The middlegame is when players most often get to truly flex their muscles so to speak…”to demonstrate the bulk of [their] knowledge and understanding of chess.” [quoted portion taken from The Complete Book of Chess Strategy, Grandmaster Techniques from A to Z at page 109. The middlegame is when players have the best “chance of creating and carrying out fine combinations, of initiating attacks, and of creating defensive systems….” [The Art of the Middle Game at page 7, Editorial Forward by H. Golombek]

The greatest percentage of games played are decided and concluded during the middlegame either by checkmate, an agreed draw, or a stalemate, as opposed to occurring the opening or endgame phases; in fact, so much so that a true endgame phase often is not even reached. Checkmates, resignations, draws, and stalemates naturally occur also in the openings and endgame phases as well, just not as often as in the middlegame phase. While stalemates can occur at any point in a chess game after just a few moves, more often than not they come in the endgame phase when there are few pieces and pawns on the board making it generally the easiest time for a player to try to force a stalemate. Stalemates in the opening phase are very rare, and in the middlegame not as common as checkmates, resignations, and draws. In the two earlier phases, often stalemates occur through a player not paying enough attention or not being able to recognize a pattern which may lead to a stalemate, thereby allowing the opposing player who might be at a material disadvantage and/or have positional inferiority with a significant likelihood of losing to seize an opportunity to spring a stalemate.

The skirmishes and battles of the middlegame may be rapid and intense; or, slow, tedious, and boring. Often there is a mixture of both. The ebb and flow of the middlegame will sometimes be absorbing and quite interesting and other times seem downright ordinary and common. A player needs to develop his or her own sense of how the player wants to play chess in the middlegame. Some find that playing rapid battles is exhilarating; others eschew doing so for slower play…wanting to savor the complexities of the game and be able to take the time to concentrate, examine, observe, and study what is going on and why.

Truly efficient and understandable books and publications on the middlegame are difficult to find…books often go into complex analysis of overwhelming and bewildering lines emanating from opening systems. Again, as has been stressed: Simplification is the key to becoming a good chess player. A player should concentrate generally on learning and playing at most a few of the more common lines he or she will encounter when using the chosen and preferred opening system, and leave for development over time through the slow progression of experience and learning the increasingly complex levels available for the player’s repertoire. Similarly, as mentioned earlier, a player should not get twisted up in chess terminology.

“The natural corollary to attack is defence…the two main themes that must dominate every middle game… But these themes are themselves in a way subservient to what we may term the mechanics of the game. More and more nowadays we are realizing the truth of the statement by that eighteenth-century chess genius, Phildor, ‘pawns are the soul of chess’…[T]he shape and configuration of pawns in the centre have a vital bearing on the way one has to play the middle game. All good players realize this and if one wants to become a good player it is essential to learn which pawn positions favour which types of attack and defence.”

[The Art of the Middle Game at pages 9-10, Section 1, Planning the Middle Game, H. Golombeck] A player fairly early learns that Philodor had significant influence on the development of the game of chess, in fact a common popular opening system is named after him…Philodor’s Defense.

The art of the middlegame then is learning how to formulate a plan to accomplish the player’s goals. Often a beginner doesn’t realize this initially, or if he or she does, has no idea how to go about doing so. “A fundamental necessity both for a successful attack and a correct defence is the formation of a sound plan, and the logical adherence to this plan despite any seductive alternatives that may present themselves during the course of the play.” [The Art of the Middle Game at pages 11-12, Section 1, Planning the Middle Game, H. Golombek]

Two primary concerns in the middlegame is developing an appreciation of why just playing from move to move is often disastrous, and how to prevent the more insidious danger of drifting…straying from the chosen game plan consciously or without meaning to do so. [The Art of the Middle Game at pages 11-12, Section 1, Planning the Middle Game, H. Golombek]

Focused concentration is the key to prevent drifting. Distinguishing good and great players from ordinary players usually is a simple matter of seeing how (or even if) the player develops a game plan and whether he or she sticks to it. The better players will almost invariable exhibit the tendency to develop and execute “a logical pattern so as to form a deep plan that dominates the whole game….” [The Art of the Middle Game at page 12, Section 1, Planning the Middle Game, H. Golombek] Drifting, especially when one is on the offensive and pressing an attack, usually presents the opposing player with an opportunity either to regain material parity or gain material advantage, or to regain positional parity or gain positional superiority, and/or to press for and seize an opportunity to commence a perpetual check or force a stalemate.

Obtaining devastating, crushing victories under twenty moves may excite the beginner or novice player, but as he or she plays more and more games often the thrill wears off and it becomes boring. To be sure, there are players who revel in crushing an opponent. To each their own. I dare say the majority of good and great players take no great satisfaction from crushing an opponent early.

In the middlegame, drifting often is exhibited by most players going astray and doing attacking and defensive maneuvers this way and that way, and even worse every which way, on the board. They start one plan of attack or defense, then abandon it and throw up a defense, or switch to another attack somewhere else on the board, then switch to another seemingly more attractive alternative, and then often try to switch back to the original plan usually with little success and more often than not…way too late. This is best described as the fits-and starts manner of playing a chess game. Overwhelmingly, a common result of adopting this manner of playing chess simply is “too many plans spoiling the broth.” [The Art of the Middle Game at pages 12-15, Section 1, Planning the Middle Game, H. Golombek]

So how does a player form a plan?

From this base element, the player then proceeds to the most critical and crucial element in an opening…pawn structure; described aptly as being of “utmost significance.” The pawn structure which a player creates, and which the opposing player creates to counter, will dictate “which pieces can or cannot be developed easily, where the attack or counter-attack can be delivered, and what sort of defensive system can be constructed.” [The Art of the Middle Game at page 17, Section 1, Planning the Middle Game, H. Golombek] Closely tied to pawn structure is pawn center…creating a strong, difficult to successfully attack and break pawn presence in the center of the chessboard.

The next step involves additional consideration regarding the importance of the central squares. “The strategic struggle for central squares is best demonstrated in those middle-game positions that arise out of every type of opening (or perhaps defence is a better word) where Black plays a King’s fianchetto, i.e. where he plays B-KKt2.” (in English Algebraic…Bg2 – which is doing fianchetto on the King-side) [The Art of the Middle Game at page 26, Section 1, Planning the Middle Game, H. Golombek]

In the battle for control of the center of the chessboard, often Black is attempting to seize and take control of d4, while White usually seeks to seize and take control of e5, most often with a Knight. If White gains control of e5 with a Knight, then White is considered to have “won the strategic battle and is well on the way to victory.” [The Art of the Middle Game at page 26, Section 1, Planning the Middle Game, H. Golombek] A White Knight located at e5 will prove difficult for Black to successfully dislodge from the square while also simultaneously creating significant threats and possible attacks against Black’s King-side.

From these base elements in the opening, connected with middlegame through the interrelationship between the opening and middlegame phases, each player both develops his or her plan and signals to the each other by the moves and pawn advances made what the player’s intended game plan is and what may be expected from the player as the middlegame progresses.

Now having begun formulating a plan through the basic contours and parameters, the player proceeds to the following strands:

1.   Players have castled to opposing sides = attack on opposite castled positions.

2.   players have castled on the same side = attack on same castled positions.

3.   attack against an uncastled King. 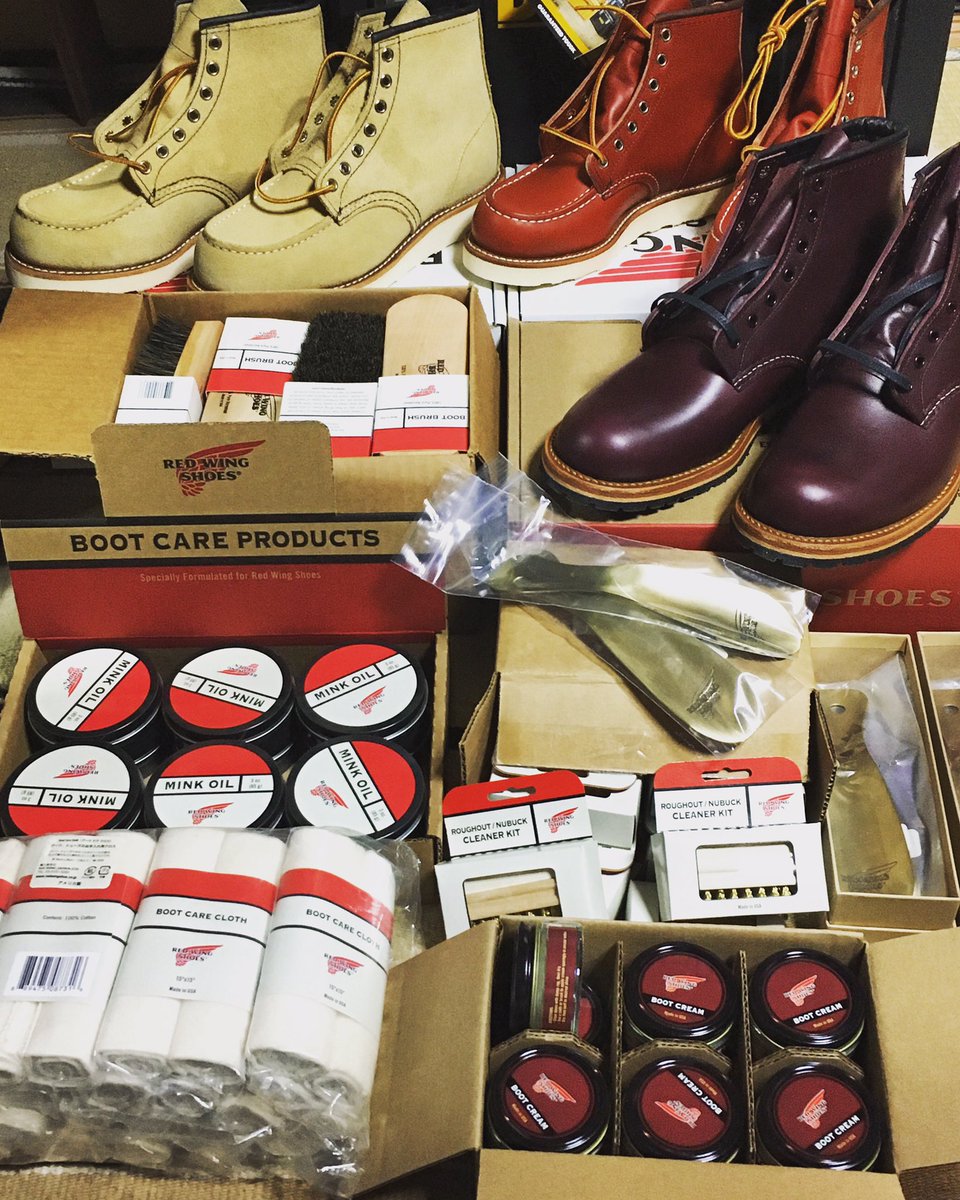