This mating pattern and mating net similar to the Epaulette Mate, however the blocking opposing pieces do not sandwich the opposing King and instead are located one rank behind him. While the Epaulette Mate almost always will occur with the opposing King sandwiched on a back rank (or in some rare cases on a wing), Gueridon’s Mate can occur with the opposing King more centrally located on the board. The barebones diagram below shows a couple of different positions for Gueridon’s Mate as examples. The game example below, for which the final checkmate position is Gueridon’s Mate occuring more centrally located, resulted from a trap which can occur in Philidor’s Defense that Black either forgot or unknowingly fell into while playing the game.
[Source: http://www.chesscity.com/ANALYSIS/Beginner/checkmate_patterns.htm]

Two more photos of the young Kasparov at Tilburg in October 1981.
#1 - with grandmasters Ljubomir Ljubojević, Boris Spassky & Genna Sosonko.
#2 - in post-game analysis with Bent Larsen, as Boris Spassky looks on. 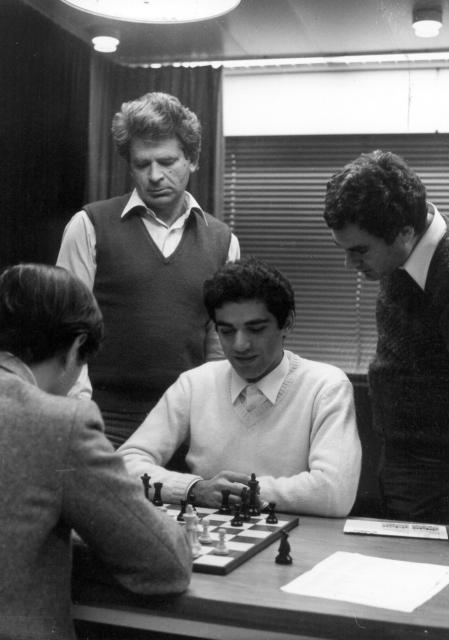 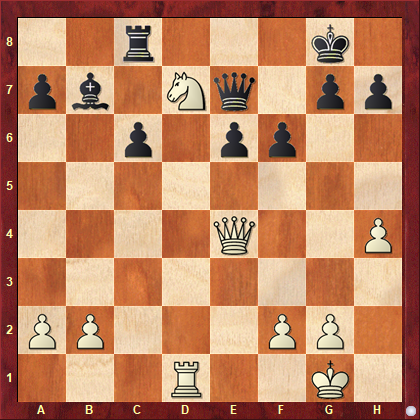