Anastasia’s Mate is a variation on the simple Rook-Knight checkmating pattern and mating net with an open h file. “This checkmate got its name in a novel by W. Heinse, Anastasia and Chess (1803).”
[Quoted from: http://www.chesscity.com/ANALYSIS/Beginner/checkmate_patterns.htm]The Knight controls two squares of the six-square rectangle anotomy of mate pattern preventing the opposing King’s escape while the Rook delivers checkmate in the open h file, with the aid of an opposing piece and pawns blocking the opposing King’s escape to other squares in the six-square rectangle anatomy of mate pattern. Consider the following position, White to mate in two.
[Source credit: The Complete Book of Chess Strategy, IM Jeremy Silman, at pages 154-155]

We see above that White’s move (Nd7+) does more than check Black’s King at g8. White’s Knight also seizes control of both g8 and g6 preventing Black’s King from escaping to those squares from either h8 (position shown) or from h7 (if Black’s King had moved to h7 instead of h8). Further, as with all of the Rook-Knight mating patterns, there must be assistance rendered by another piece or pawn to block the other possible escape squares in the six-square rectangle anatomy of mate pattern…in this case Black’s pawns at f7 and g7, and Black’s Rook at f8.Now lets vary to a somewhat more complex position, shown in the diagram below. White to mate in three.

The position above starts out with the same Knight move (Nd7+), forcing the King to h8 (Kh8). In this position, Black’s pawn at h7 blocks Black’s King move to h7 unlike the simple Anastasia’s Mate. Now, White employs what is perhaps the single most important, deadly tactical move in a player’s arsenal in an endgame…Queen sacrifice. Qxh7+!!, followed by Kxh7 “killing two birds with one stone” with a discovered checkmate via capture of Black’s Knight and mate…Rxh5#; yielding the mating net in the simple Anastasia’s Mate from a more complex position. 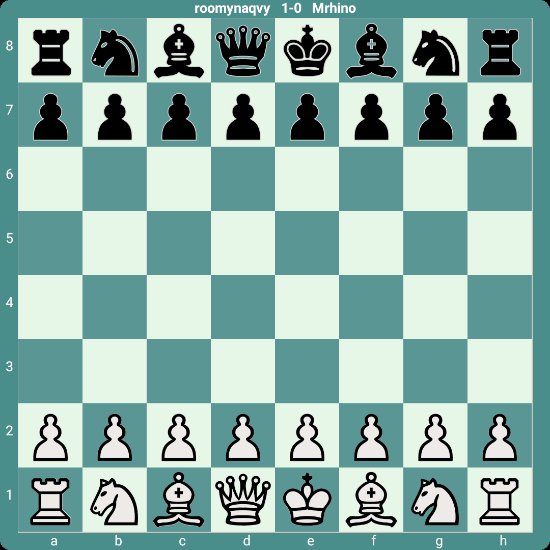 A record 22 players took part in Epsom Chess Club's weekly @lichess blitz tonight.
James Coleman narrowly came out on top after a ding-dong battle with Peter Large. A rivalry for the ages...
3rd was Marcus Gosling, at the head of a close battle for the final podium spot.
#chess https://t.co/DT9CPn4BGj
View on Twitter 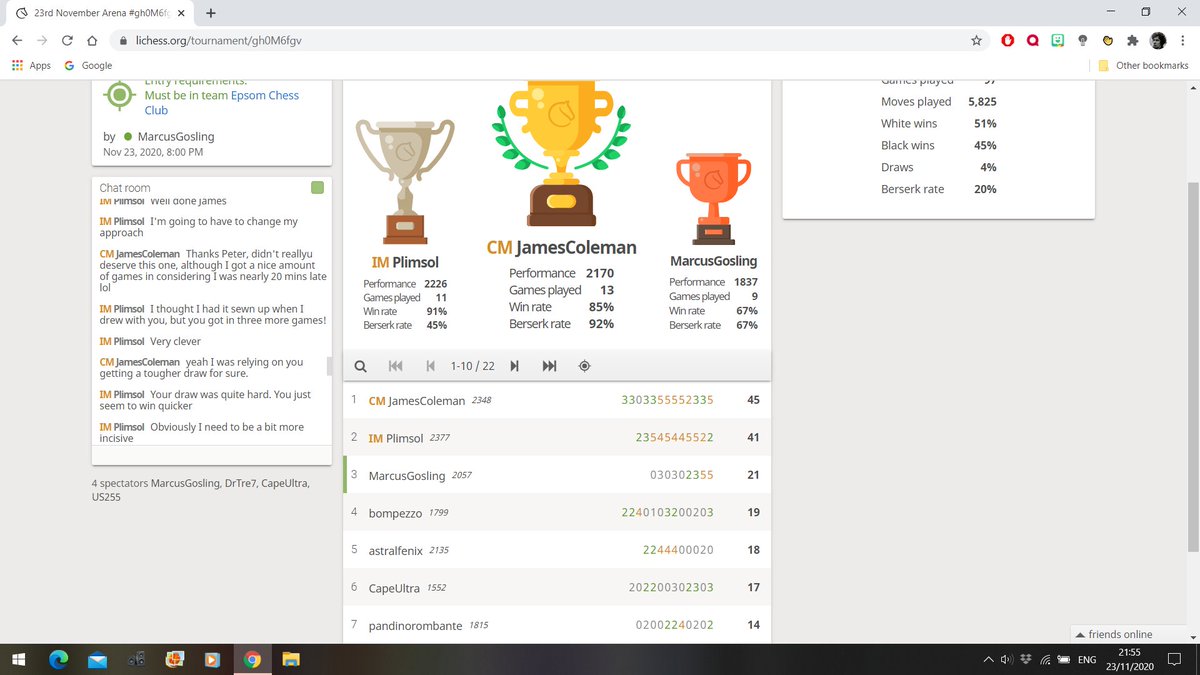