VII.    Fianchetto.There is a Bishop move which has a special name…fianchetto – which means to move the Bishop from its home square to the diagonal square on a player’s second rank which is in front of the adjacent Knight’s square after advancing the Knight pawn from its home square (most often a single square advance to create two connected pawn chains in a vertical V-formation). A player may also do a double fianchetto, one to the Kingside and one to the Queenside. There are positives and drawbacks to doing fianchetto. One obvious drawback is that a fianchettoed Bishop becomes restricted in its potential mobility because it is situated on a long diagonal, and can only move to two squares along the second shortest diagonal on the board. In doing so and foregoing developing the Bishop through the center diagonals of the board, a player may later harm his or her ability to provide defense and protection for other developed pieces such as the Knights. Some positives to doing fianchetto are:

Shankland vs Wesley So | Nimzo-Indian 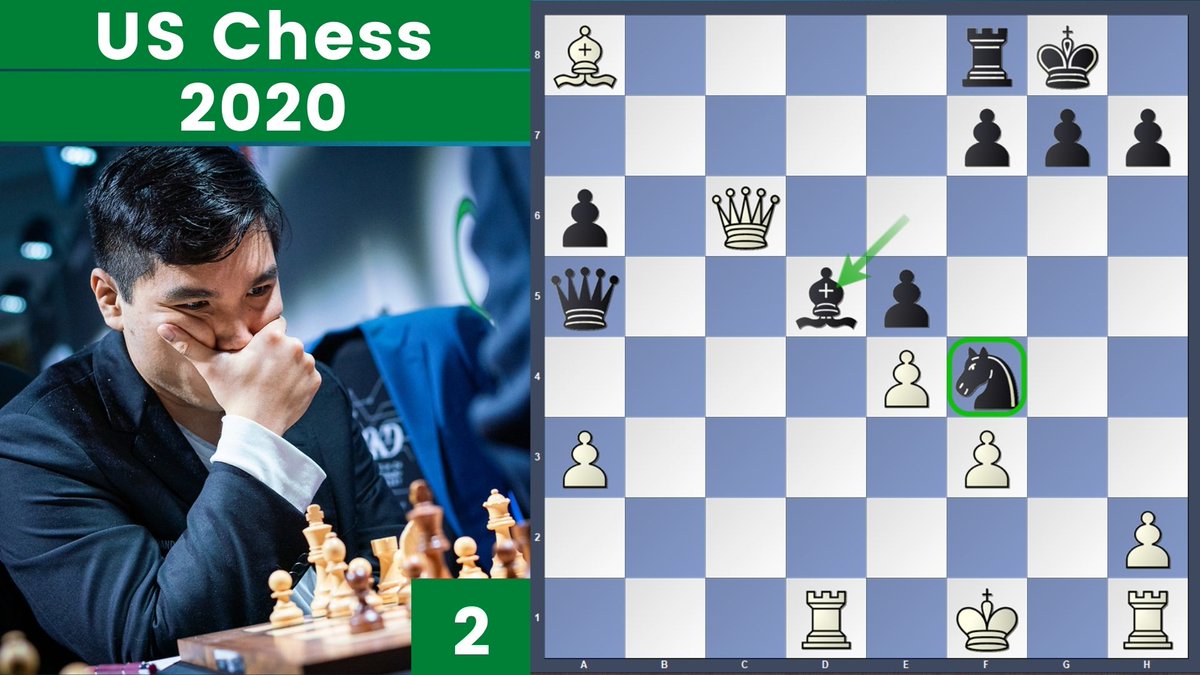 The bishop-sacrifice Bxg3 discussed in https://t.co/XpToNcq31A is not characteristic of the engined called " #Ethereal", but rather is suggested by all engines I had look at the position, and is probably the objectively-best move.
View on Twitter
0
0